Chuene and his cronies face the chop 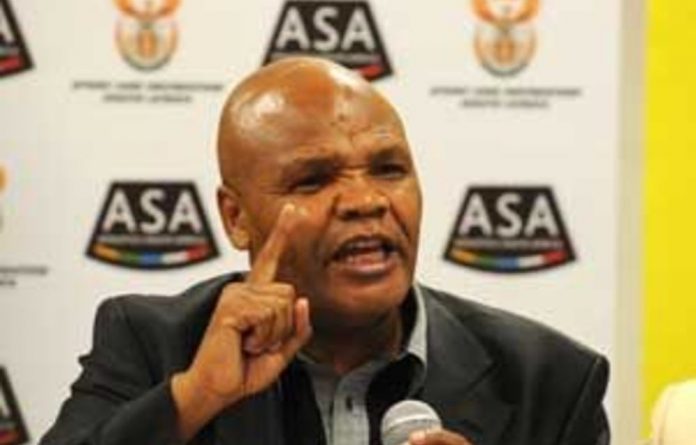 “I would love to see these hearings start by mid-March because I must have a new board in place by the end of my term on May 21,” Mali said on Thursday.

Mali, a Sascoc board member and head of the ASA interim board, was sent in to clean up the embattled federation and was given a six-month deadline to have a new executive in place.

Chuene was suspended after admitting he had lied about tests conducted on world 800 metres champion Caster Semenya shortly before the global championships in Berlin in August.

Following that debacle and reports of financial mismanagement, Chuene and his executive were suspended by Sascoc, along with general manager Molatelo Malehopo, events and marketing manager Phiwe Mlangeni-Tsholetsane and Chuene’s personal assistant, Humile Bogatsu.

Malehopo, who ordered the gender tests conducted on Semenya in Pretoria, has also been accused by former athlete Nicolene Cronje, who was fourth in the 20km walk at the 2006 Commonwealth Games, of “smacking” her “several times in the face” at the 2002 World Junior Championships in Kingston, Jamaica.

Malehopo, who would not comment at the time, also reportedly had to be escorted off the premises by the police when Mali took office at the ASA headquarters in Houghton.

Mlangeni-Tsholetsane has been accused of awarding a mobile marketing contract to a company she owns, with Mali confirming “that allegation is on the table”, although she also refused to comment when the allegations were made last year.

Bogatsu, who was reported to have had an affair with Chuene in 2008, travelled to Berlin as part of team management despite no previous experience in the role. She was later slammed in an email by sprinter Paul Gorries, his coach Magda Botha and an anonymous athlete who competed in Berlin for being “nothing more than a secretary” who made “no contribution to the team at all”.

Bogatsu was unavailable for comment after the email was distributed.

Mali said they probably already had enough information to conduct the disciplinary hearings earlier, but a forensic audit was ordered after deleted computer files and evidence of document shredding were discovered at the head office.

“We thought it best to have a forensic audit conducted first,” Mali said, “just to make sure we had all the information we needed.

“I remain confident that we are on schedule to have a new board in place by the middle of May.” — Sapa