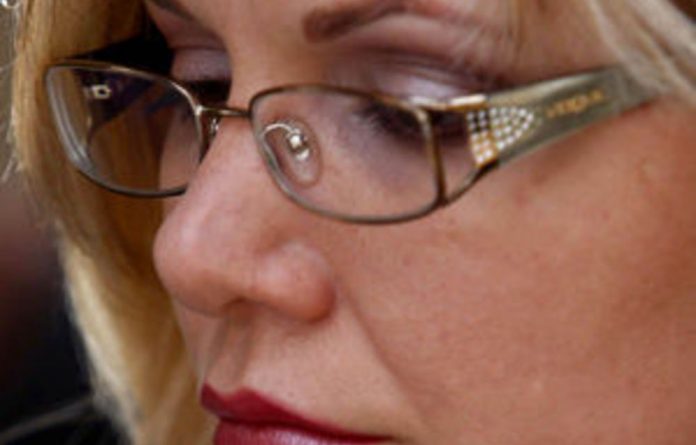 A victim of convicted child molester Cezanne Visser hanged herself from a tree in Botswana at the weekend, Beeld reported on Monday.

The body of Jeannine du Plessis, 21, was found in an open field on Sunday morning.

Her father, Pieter du Plessis, told the Afrikaans daily: “This is all Cezanne and Dirk’s fault. I am sad.”

Du Plessis, who had a 15-month-old baby girl, was battling a heroin addiction and was in rehabilitation and suffering from severe withdrawal symptoms, said her mother, Marie du Plessis.

“She herself said in court that if it was not for Cezanne, she would never have started using drugs,” said Marie du Plessis.

Jeannine du Plessis was in Botswana with the father of her child who was doing contract work there.

Visser, also known as ‘Advocate Barbie’, was in February sentenced to seven years in jail for 11 sex-related charges.

Du Plessis was one of the girls from a children’s home who Visser lured to Prinsloo’s house.

Judge Chris Eksteen found that Visser’s visits to the children’s home had been carefully planned and she had taken the initiative to get the children, whose vulnerability she and Prinsloo “exploited inhumanly”.

All three children were exposed to pornographic videos and magazines. They had to watch Visser and Prinsloo having both oral sex and sex.

“One shudders at the thought that you purposely went to fetch children, knowing that they would fall prey to a sexual sadist and that you knew they would be drugged for sexual deeds,” Eksteen said.

The court heard that Du Plessis was drugged after drinking a cup of Milo given to her. The next morning she woke up without her underwear.

Prinsloo is currently serving a 13-year jail term in Belarus for attempted bank robbery and assault. He fled to Belarus to avoid trial in South Africa. — Sapa