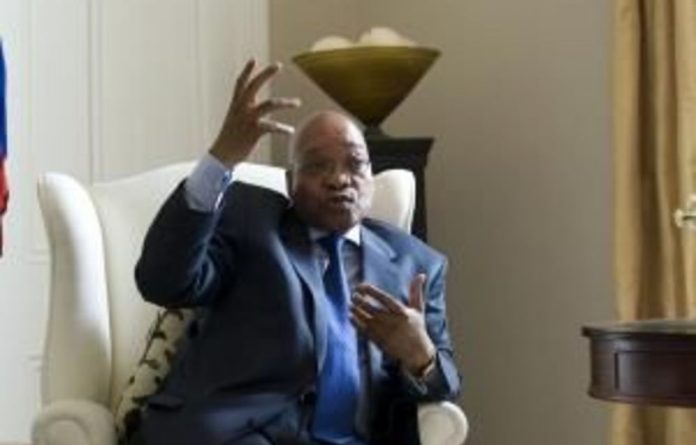 The actions of President Jacob Zuma’s bodyguards, who forced a journalist to delete pictures of the presidential cavalcade, harked back to apartheid-era “thuggery and censorship”, the Professional Journalists’ Association (PJA) said on Wednesday.

It was responding to 702 Eyewitness News reporter Tshepo Lesole being grabbed by bodyguards and forced to delete pictures he had taken while Zuma was visiting the Chris Hani Baragwanath Hospital on Tuesday.

“As a member of the press, Lesole is fully entitled to take pictures of the presidential cavalcade [as is any member of the public]. That he was detained for doing so, and forced to delete the images, harks back to apartheid-era thuggery and censorship,” said the newly formed PJA.

Lesole was not immediately available for comment, but colleague Stephen Grootes said they were covering the visit when they spotted the cavalcade of at least 10 BMWs and thought it would make a good picture.

“Suddenly … he was surrounded by about four or five guys, they were shouting, screaming, holding him back, holding him by the wrist, and really shouting at him,” said Grootes.

“I kept shouting, ‘come on, talk about this’, and they just refused to listen.”

Lesole was then dragged around the corner and his pictures were deleted.

On the radio station’s website, Lesole was quoted as saying that stories of the arrest and allegations of torture of a student in Cape Town came to mind during the incident.

Saddened
In February, Chumani Maxwele was arrested for gesturing at Zuma’s motorcade and detained overnight.

The station was deciding whether to press charges against the bodyguards but, said Grootes, as far as they knew, there was no law banning taking pictures of a presidential cavalcade.

Zuma’s spokesperson, Vincent Magwenya, speaking from Harare where Zuma is meeting President Robert Mugabe, said he did not immediately know where the law stood on the matter.

The latest incident would be raised with a special committee of Sanef and the police. — Sapa