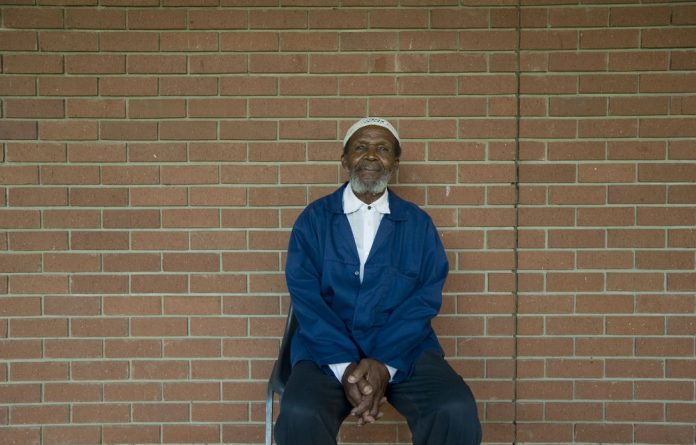 As South Africa marks the 50th anniversary of the Sharpeville massacre on Sunday, the political party that led the protest against apartheid pass laws and came closer than any other liberation movement to pulling off a national revolution, faces political extinction.

For a brief but explosive moment in the history of this country’s liberation struggle, The Pan Africanist Congress of Azania (PAC) dominated the agenda and the action. Today the party struggles to survive: it has a single parliamentary representative, a president — Letlapa Mphahlele — who is hardly a household name, and zero representation in any of the nine provincial legislatures.

But in 1960, less than a year after breaking away from the ANC, the PAC was a very different animal. Thirty-five-year-old Robert Sobukwe, with other dissidents, broke away from the ANC to form the PAC. Fort Hare-educated, charismatic and driven by Africanist ideology, Sobukwe was known as The Professor by his friends and followers. Though opposed to the ANC’s policy of allying itself with anti-apartheid organisations of other races, Sobukwe had friends and admirers from all races and is described by those who worked closely with him as a self-effacing leader who radiated warmth, generosity and intellectual vigour.

From the start the PAC attracted massive support and led marches in several townships against the pass laws. Sharpeville, during which 69 people were shot dead, was the first and the bloodiest. It was followed by several more planned protests across the country, notably the huge (and largely peaceful) Langa march in Cape Town nine days later. A 24-year-old economics student in short pants, Phillip Kgosana, led 30 000 protesters into the city centre.

The speed, efficiency and scale of these marches marked out the PAC as the party of action and their intervention was a huge turning point in the struggle against apartheid and, in particular, against the pass laws that controlled every movement of black South Africans.

Since those heady days there has been a steady decline in both the party’s membership — now estimated at “between 20 000 and 30000” according to Mphahlele — and its political muscle.

But the PAC’s decline started almost immediately after the protests of 1960. Leaders were arrested or fled into exile and both the PAC and the ANC were banned. Also, says Mphahlele, “the organisation was an infant. Nothing was developed in terms of the succession plan or the strategy documents to guide the activities of the party.”

The government’s clampdown on PAC leaders left the party almost leaderless and unable to regroup.

For Ike Makiti (67), a Sharpeville massacre survivor who helped organise the 1960 march, it still rankles. “The PAC nearly swept the ANC off the political platform, but now it has lost that power. It is very painful seeing the PAC the way it is today.”

Makiti spent five years (1963-1968) on Robben Island. “When we were released we had to start from scratch. We tried to get new members, but it was difficult. People were scared of the apartheid police after the massacre and the organisation was banned, making it difficult to organise from within the country.”

Trying to reconstitute the PAC outside the country also proved hard as the party’s exiled communities were scattered in different countries, failing to forge a united way forward or to agree on the official status of the party.

There had been campaigns against pass books before 1960, but it was the PAC-led marches that produced visible results. The killing of 69 people in Sharpeville and two in Langa, Cape Town, fuelled anti-apartheid sentiment across the world. Pass laws were suspended — for nine days — by a panicky apartheid government. Two days after the pass laws were reinstated, the PAC and ANC were banned. A state of emergency was declared and significant foreign companies left the country.

Support for the PAC started to rival that of the ANC. Makiti remembers: “Sobukwe knew what he wanted. His bravery shaped the politics of this country. He gave people the courage to defy the pass laws when the ANC had done nothing since it was formed in 1912.”

The other factor in the slow death of the PAC was poor leadership following Sobukwe’s imprisonment. After Sobukwe, many leaders failed to rebuild the PAC into the firebrand organisation it had been before the Sharpeville massacre. Says Mphahlele: “That disruption in continuity was bound to cause harm.”

Some blame Potlako Leballo, who led the PAC in exile in Lesotho and later succeeded Sobukwe, for the party’s leadership woes. Leballo was the PAC’s deputy during the March protests and secret meetings were held at his Soweto house. But his public boasts about the revolutionary war that the PAC was poised to launch soon came to the attention of the authorities. The apartheid police seized letters — containing the names of other PAC members — that were being carried across the border by Cynthia Lechaba. In April 1963 more than 3000 were arrested, leading to an almost total collapse of the PAC inside South Africa.

By the 1990s, the PAC was unable to capitalise on the new freedom in the wake of its unbanning. Says Mphahlele, who was then commander of the PAC’s military wing, the Azanian People’s Liberation Army (Apla): “We had no clear policy on education, on politics, on governance. Even at that stage, we were still infants.”

Besides poor leadership, the PAC was for a long time dogged by squabbles and breakaways — one of which led former PAC member Patricia de Lille to start the Independent Democrats.

Ill feeling between the ANC and the PAC — which feels excluded, even derided, by the ruling party — persists. But this Sunday Mphahlele will appear alongside ANC officials at a joint Human Rights Day commemoration rally, demonstrating a rare moment of solidarity between the two parties.

Fifty years after Sharpeville, the PAC struggles to get recognition for its contribution to the fight for freedom. Its founding leader Sobukwe was never honoured by the ANC-led government and the PAC’s demands for March 21 to be called Sharpeville Day have fallen on deaf ears.

The PAC, which has not managed to capture more than 1% of the national vote since the first democratic elections in 1994, remains almost irrelevant.

6 April 1959
A group of ANC members breaks away to form a new party, the PAC.
21 March 1960
Police shoot at marchers, protesting in Sharpeville against pass laws, killing 69 and wounding 180.
30 March 1960
The government declares a state of emergency. It lasts four months.
1 April 1960
The UN Security Council calls on the South African government to abandon its race policies.
8 April 1960
The PAC and the ANC are banned.
31 May 1961
South Africa withdraws from the Commonwealth of Nations, the majority of members of which are opposed to the policy of apartheid.
1962
The PAC launches its first formal structure in Lesotho.
21 March 1966
The UN General Assembly proclaims March 21 as the International Day for the Elimination of Racial Discrimination.
1968
The PAC is expelled from Lesotho, where it had been allied to the opposition Basutoland Congress Party, and from Zambia, which favours the ANC.
1979
The PAC splits into two: a faction led by Potlako Leballo, and the other by David Sibeko.
11 February 1990
The ban on the ANC and PAC is lifted.
10 December 1996
President Nelson Mandela signs into law the Constitution of South Africa in Sharpeville.

Human Rights Day reminds us of our progress and failures