A sense of suspicion and alienation 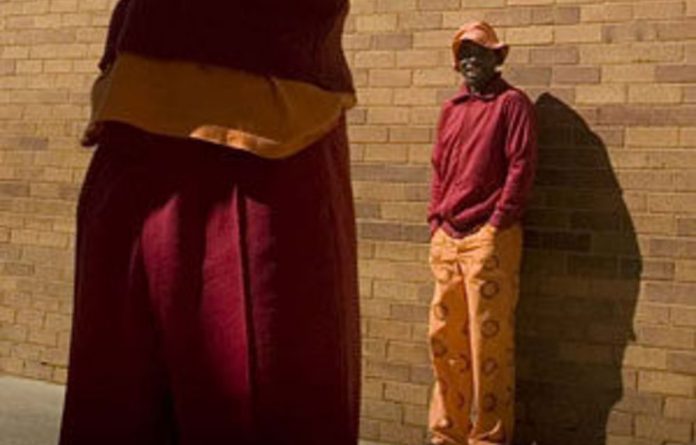 Ex-prisoners have spoken about the problems they face — both behind the walls and the challenges that await them upon release, such as finding work with a criminal record.

The Civil Society Prison Reform Initiative interviewed 35 ex-prisoners, many of whom were repeat offenders, about their experiences.

Project coordinator Lukas Muntingh said while there had been a lot of talk about prisoners and ex-prisoners, he believed that there was not enough listening taking place, and produced the Ex-prisoners views on imprisonment and re-entry report in 2009.

The majority of these prisoners are under the age of 35 and are predominately black men from poor communities.

Prisoners said they keenly felt the loss of their freedom and how every aspect of their lives was regulated.

“When you are hungry, you cannot go to the kitchen and get some food. You must wait for when they serve meals,” said one.

Participants in the survey also said there was an unremitting threat to personal safety.

“The adjustment is hard the first time. You must protect yourself against sodomy,” said one of the participants.

There was also the dilemma of receiving gang protection while still being vulnerable to the gangs, said another.

“Not being able to do your own thing is difficult — on the outside this is what I did, but inside the first law is ‘Jy mag nie maak en doen nie.’ [You may not make and do]. This makes it very difficult; they can always find something that you did [for which there will be punishment].”

“Many things are confusing — there is no induction programme. We are like a horde of rodents roaming in different directions,” said one of the participants.

Resorting to criminal activity in prison is seen as a feasible way of ensuring one’s safety, said one of the ex-prisoners.

“You must listen because you know nothing. If you get something from your family you must share it, like dagga or money. ‘Dit is hoe jy vir jou ‘n pad oopmaak in die tronk.’ [This is how you make a road for yourself in prison].”

The ex-prisoners also said there was a lack of proper care, especially medical, inside prisons.

Much of the dissatisfaction was aimed at medical staff in the Department of Correctional Services (DCS).

“When you go to the clinic you see sick people there, but they [the nurses] don’t care. They just sit there and talk about their weekend and what their plans are. If you are sick and you need to go to the bathroom you are washed by another prisoner; it is not the nurses that care for you,” said a participant.

Muntingh said while numerous instances of ill-treatment were reported, this was balanced by a sense that the behaviour of a prisoner would also influence the way he would be treated.

Some participants noted, however, that there had been instances where they had had positive experiences with professional staff.

“When I went to the social worker she was nice. She enabled me to meet people who I had victimised.”

Few prisoners are given the opportunity to work in prison to earn money, but for some it remains the only income they have to cover expenses such as toiletries.

A participant who worked as an educator during his term of imprisonment said people were aggrieved about the money they earn.

“I earned R98 per month for being an educator. Others earn as little as R14 or R9 per month. The result is that people do extra things to supplement their money.”

Although happy to be released, the participants described the wide range of challenges they faced on the outside.

‘Categorical exclusion from employment’
Finding employment was perhaps the most pressing concern.

“Some of the factors that are known to cause recidivism [repeat offending] are rejection and stigmatisation by the family and community upon release; lack of support systems in creating or securing employment; and individual/personal choices that offenders make,” said Phumlani Ximiya, correctional services spokesperson.

“None of the participants found employment in the first six months after they were released. Having a criminal record and having spent time in prison became, according to the participants, a categorical exclusion from employment,” said Muntingh.

One participant said he wanted to start his own business but was discriminated against.

“I wanted to start a business and went to Umsobomvu [Youth Fund] for a loan but they would not accept me because I am on parole.”

A general sense of suspicion and alienation from society was described by a number of participants. The ex-prisoners said community members don’t believe they can change.

“Even after prison, when you meet DCS officials, they will say: ‘I can’t believe that you are still out, when are you coming back’?”