LaVuVuZela: ‘It’s a state of mind’ 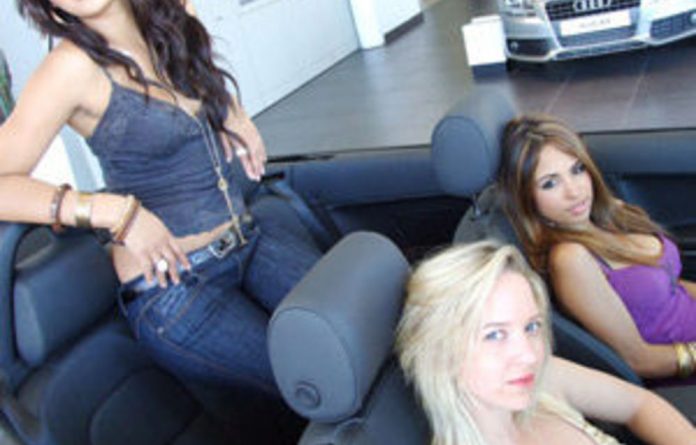 An all-girl band for the World Cup? You heard right. La VuVuZela could only have been dreamed up by a man on a Spanish beach watching “babes in skimpy sets”, which is exactly how it happened.

England-based, but South Africa-born Unie Moller was lounging on the beaches of Spain when inspiration struck. He immediately reached for his BlackBerry and posted an advert on Gumtree Cape Town “looking for sexy girls who could sing and dance”.

Within a few hours he had 20 replies.

The jibes have been coming think and fast but even more bizarre than the band’s formation in August 2009 is its success. Their debut single, Be Mine Tonight, reached number one on the Nokia Take 40 SA charts and a subsequent single titled 5 More Minutes did the same. They’ve also been nominated in the Best English Pop Album category for the South African Music Awards (Samas). This, after Moller had a friend fly 500 copies of the album into South Africa and on to music shelves before the music awards deadline.

At the upcoming Samas, scheduled for April 17, the girls and Moller will all meet for the first time.

South Africa’s newest all-girl pop band are not afraid to admit their formation was planned to project them into the limelight as the world’s attention turns to South Africa in the lead-up to the Soccer World Cup.

‘Rainbow nation girl group’
Neither is Moller coy about his motives — or criteria.

Tarryn Lamb, the group’s lead vocalist — who Moller had met once before in Cape Town — conducted the interviews.

“I am making a point of creating a rainbow nation South African girl group, crossing all colour/racial barriers,” said Moller.

“That’s why it was important to have our newest band member, Schelaine Bennett, who has black skin/curly hair. Tarryn Lamb is mixed race, Tamsyn Maker is mixed race and Samantha Heldsinger is very white with blonde hair.”

It’s not the most diplomatic of statements but neither is their name. Moller slapped the definitive French “La” in front of the name of South Africa’s notorious stadium horn for a song and stuck with it for the band. He describes the term as Xhosa for a “beautiful sound”. Never mind that most sources have it down as Zulu for “making noise” — a closer approximation to the foghorn-like monotone the instrument makes.

‘A state of mind’
Lamb admits she didn’t like the name LaVuVuZela at first, and tried to push for the name Tarryn Lamb and the Jets instead. “When people hear LaVuVuZela they think we are grannies, but every name is punted and becomes popular.

“LaVuVuZela is a state of mind,” she says.

With lyrics like “After all that we have been through/ sometimes baby I still don’t get you,” Lamb says “we sing about love and having a good time”.

“We have found that guys go crazy when we perform, but the best thing is that women like us too,” she said.

Unsurprisingly, there are those who remain unconvinced, such as a reviewer who called their music “non-threatening fluff that fills chart places”.

Lamb says she knows not to take criticism to heart, especially since she knows she’s given her best.

“I never listen to people who review unless they are singers themselves, otherwise I would slit my wrist every time,” she says. “I don’t really care; I’m just living my dream.”

The band has big dreams and plan on going international.

LaVuVuZela’s debut album, In Stereo, which contains the band’s World Cup-inspired track, Play to Win, is expected to be released on radio in April.

The <em>Mail & Guardian</em> presents its dummies guide to the open-road tolling system explaining what you can expect.
Read more
Friday

The <i>Mail & Guardian</i>'s Karabo Keepile looks back on the year that was and takes stock of her favourite designers, fashion and accessories.
Read more
National

What was 2010 made of? Sugar and spice, or slugs and snails and puppy dogs' tails? We round up your favourite stories for the year based on views.
Read more
Friday

Wondering how you are going to keep the children busy these holidays so that you too can enjoy your December holidays? Look no further.
Read more
Friday

The 10th Metro FM Music Awards were held in Nelspruit at the beautiful Mbombela Stadium on November 27.
Read more
Advertising
Continue to the category
National