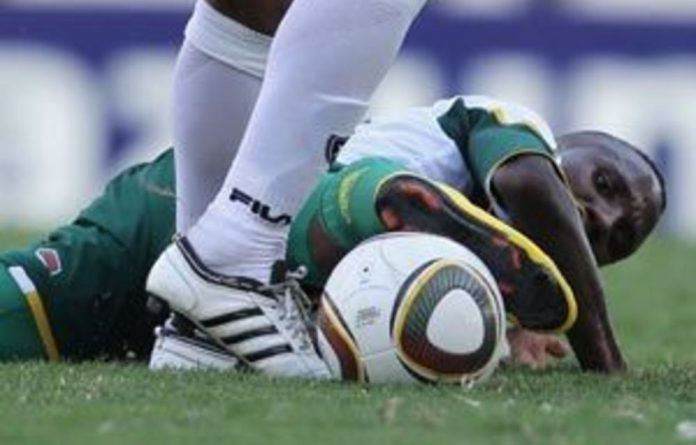 After what seemed like a long, winding and unending journey of about 100km from Såo Paulo, we arrived in a small town called Itu, and a further 30km away in Porto Feliz is the Traffic Football Academy.

This is where Bafana Bafana will be based for the next two weeks as Carlos Parreira continues his efforts to whip the team into shape.

Bafana players could not believe the state of this excellent centre, built at a cost of $13-million (R96-million) and boasting seven playing fields. There are facilities for doctors, physical therapists and physiologists, and a lodge that can host 144 athletes and 48 technical members.

The academy enjoys a partnership with English Premiership giants Manchester United, who have first option on the best youngsters the academy produces through its partner in youth development in South America — Desportivo Brasil.

It is not surprising to learn that Parreira was involved in the technical work at the academy as a consultant and that the academy is under his supervision.

“This is a good set-up for professional teams and now I know why their youth [players] are so good. It is the best and is run professionally. This is what we need at home if we are to produce quality youngsters. This is just marvellous,” said the Ajax Amsterdam midfielder.

He said working out in such facilities would always bring out the best in players, boost their confidence and motivate them to go the extra mile.

Although it was not easy to be in the senior national team, he said it was a good experience. “I think I have done reasonably well and I am happy with how things have gone so far. It’s a bit tough because it’s only the best players here, but we are encouraging each other to work hard.”

SuperSport United winger Daine Klate has also been impressed with the facilities in Brazil. He said this should serve as a lesson to local clubs to invest more in training centres.

“If we had something like this at home, our standard would be far higher,” said the 25-year-old Absa Premiership player of the season and players’ player of the season nominee. “Players can easily walk to the field any time of the day and do extra sessions on their own before or even after training. But our clubs don’t own stadiums and it makes it difficult to get the best out of players.”

Klate said he was impressed with the Confederation of Brazilian Football (CBF) Granja Comary facilities in Teresopolis, where players such as Ronaldinho, Kaka, Pato and Robinho prepare with the Brazilian national team for important international tournaments. This is where Bafana were based when they arrived in Brazil two weeks ago. The Granja Comary training centre offers five soccer fields, an indoor futsal court, a fitness centre, swimming pool, training room and multimedia room.

Defender Siboniso Gaxa was also over the moon about the facilities, saying there ought to be no getting things wrong after such an opportunity.

“There should not be excuses with our fitness after this camp because everything is on our doorstep. It was good for us to come over here. We have learned a lot from this trip and it is up to us to implement what we have gathered in our games,” said the

Mamelodi Sundowns defender. He promised that, with the training provided here, he would improve on his crosses, which have been dismal at times.

Once the players had endured a two-hour training session they streamed up the hill towards their rooms and enjoyed a five-star meal. For the remainder of the evening they could relax in the leisure, television and computer rooms or even go for a swim in the indoor heated pool.

This is what the planned Esselen Park training camp was meant to be, but Bafana Bafana will now be confined to their hotel rooms in Sandton during the World Cup and will have to negotiate morning and afternoon rush-hour traffic to get to their training venue at Wits’ Sturrock Park.