We have not dealt with our history, says Zuma 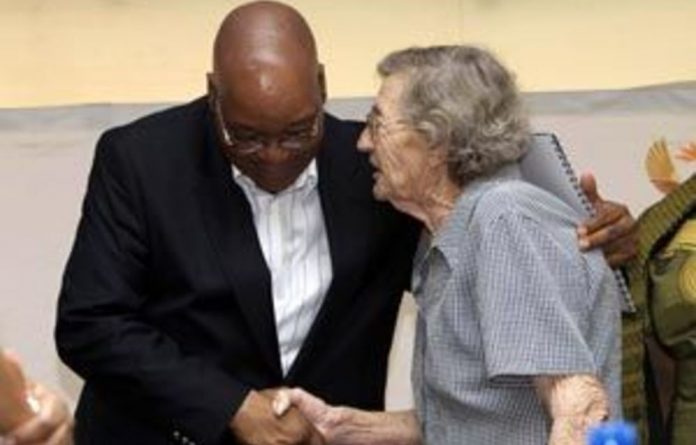 The controversy around the recent singing of freedom songs was a sign people had not “dealt with” the country’s history, President
Jacob Zuma said on Tuesday.

“The controversy indicated that we have not yet effectively dealt with the issues of history and heritage,” he told hundreds of
people in the Bethlehem informal settlement in Pretoria west, home to poor Afrikaners.

Zuma was referring to the recent negative reaction by political parties and some South Africans to African National Congress Youth League (ANCYL) leader Julius Malema’s singing a song which contains the lyrics “shoot the boer”.

Zuma said another sign South Africans had not “dealt with history” was Friday’s ruling by the High Court in Johannesburg that
singing “dubul’ ibhunu” (shoot the boer) in the song Ayesaba Amagwala [The Cowards are Scared] was unconstitutional and unlawful. Anyone found singing the song could face charges of incitement to murder.

The ANC on Tuesday said the ruling was “incompetent” and “unimplementable”. There was no correlation between the singing of the song and attacks on farmers, the party argued.

Earlier this month, ANC secretary general Gwede Mantashe cautioned against “systematically erasing history”, and said the interpretation of the song had been “vulgarised”.

“It’s an old struggle song. Anybody who relegates it into hate speech today … I will regard that as a serious attempt to erase our history. If you try to erase the history through courts, that would be unfortunate to the country.”

The party has indicated that it would challenge the ruling.

According to the Sowetan, Malema said he would rather go to jail than stop singing liberation songs.

Lawyers for civil rights group AfriForum and farmers’ union Tau-SA intended to apply for an urgent interim interdict to stop him singing the song.

Zuma said the country had done well since 1994, but there was a need to make social cohesion a top priority.

He called for a national discussion on common heritage to reach an understanding and tolerance of culture and history. If this failed there would be an outcry every time a street or town name was changed.

“We must make social cohesion as important as providing access to water, electricity or roads.” — Sapa