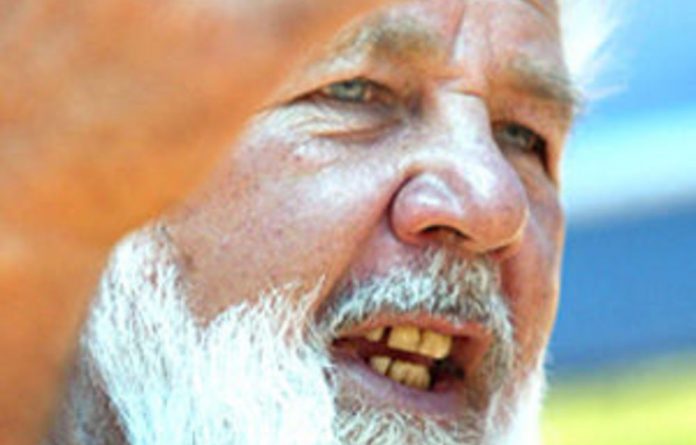 Police have detained two black farm workers and suspect Terre’Blanche was killed in a dispute over unpaid wages, but his Afrikaner Weerstandsbeweging (AWB) says he was battered and hacked to death in an attack with political overtones.

Zuma, who has made it a priority to court white Afrikaners, called it a “terrible deed” and urged South Africans “not to allow agent provocateurs to take advantage of this situation by inciting or fuelling racial hatred”.

Terre’Blanche (69) was the voice of hardline opposition to the end of apartheid in the early 1990s although his party has played a marginal role since then and does not have a big following among the 10% of white South Africans.

AWB mull how to ‘avenge’ death
“We are calling on the supporters of the AWB to stay calm for the moment so that we can finalise the funeral,” said AWB spokesperson Andre Visagie, adding that next steps would await a party meeting in May.

“We will decide upon the action we are going to take to avenge Mr Terre’Blanche’s death.”

Concerns over increasing racial polarisation have been thrown into the open by a row over the singing of an apartheid-era song with the lyrics “kill the boer” by Julius Malema, the leader of the African National Congress Youth League.

The ANC has defended the song as no more than a way to remember a history of oppression, but it has worried minority groups and particularly white farmers, about 3 000 of whom have been killed since the end of apartheid.

Terre’Blanche’s party did not hesitate to link the murder to the song. He had always described himself as a boer.

“That’s what this is all about,” Visagie said.

Zuma’s spokesperson Vincent Magwenya said, however, there was no evidence at this stage linking the killing to the song sung by Malema.

Terre’Blanche had lived in relative obscurity since his release from prison in 2004 after serving a sentence for beating a black man nearly to death.

Powerful orator
The party — whose flag resembles a Nazi swastika — was revived two years ago and he had begun efforts to try to build a united front among white far-right parties to fight for a white homeland, but had gained little traction.

Terre’Blanche was a powerful orator in Afrikaans and was a distinctive figure, heavily built, with a thick grey beard and dressed in khaki. He often attended rallies on horseback during his fight to stop majority rule.

Police said the suspected killers were aged 16 and 21. Both had worked for Terre’Blanche.

“They apparently attacked the leader because they were not paid for work,” said spokesperson Adele Myburg, giving no details of how the killing was carried out.

“The case will be cracked and somebody will have to be punished for what happened,” Cele told a press briefing shortly after visiting the Terre’Blanche family with Police Minister Nathi
Mthethwa.

“We will be giving feedback to the family … and we are following all aspects [of the crime] that we are supposed to follow.”

Mthethwa said the orders that had been given to police was that this case must be cracked.

“We have had some interaction with senior members of the Terre’Blanche family … and a variety of issues have been raised,” he said.

He urged citizens to allow the police to continue with their investigations so that “we can get to the bottom of this”.

Mthethwa also refused to answer questions about reports that Terre’blanche was still alive when police arrived at the crime scene on Saturday night.

“They were well received by the family and Terre’Blanche’s daughter, Beya even expressed appreciation and said she had confidence in the police that this matter would be concluded soon,” he said. – Sapa, Reuters