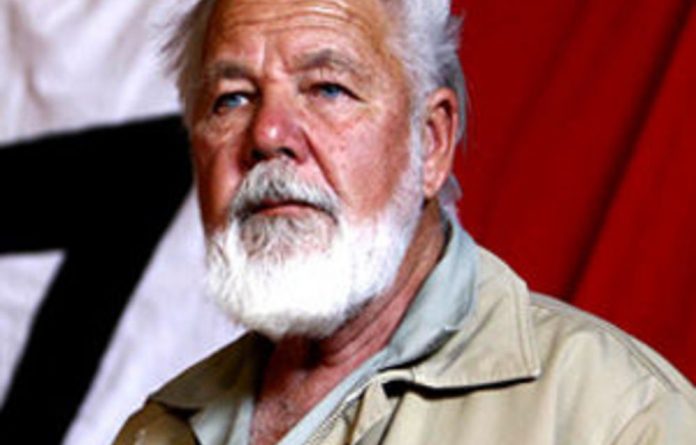 The Afrikaner Weerstandsbeweging (AWB) has vowed to exact revenge for the death of their leader as the country’s president, Jacob Zuma, sought to calm growing racial tensions.

Eugene Terre’Blanche, leader of the AWB movement, was found bludgeoned and hacked to death on Saturday at his farm in Ventersdorp. Two black farm workers involved in an apparent wage dispute were arrested at the scene.

The AWB has since ramped up the language of a race war. Its spokesperson, Andre Visagie, said: “The death of Mr Terre’Blanche is a declaration of war by the black community of South Africa to the white community that has been killed for 10 years on end.”

Land of murder
Visagie warned other countries to avoid sending their teams to the Soccer World Cup in June as they would be travelling “to a land of murder”. He added: “We will decide upon the action we are going to take to avenge Mr Terre’Blanche’s death.”

The AWB accused African National Congress Youth League leader Julius Malema of having blood on his hands. It blamed the killing on his recent singing of the apartheid-era protest song Ayesaba Amagwala [The Cowards are Scared].

Malema expressed fear that his life was at risk, citing a right-wing conspiracy. Last week the ANC said it was concerned about an SMS in circulation which appeared to offer a bounty for his death. The ANC has defended the song as no more than a way to remember a history of oppression, but a party spokesperson said it would now re-examine the issue in the light of recent criticism.

On Sunday at Ventersdorp, in the North West Province, AWB followers clad in paramilitary khaki laid flowers at the gate of Terre’Blanche’s farm.

The 69-year-old was killed by two farm workers who claimed that he refused to pay them their monthly salaries of R350 rand each. The workers, aged 21 and 15, reportedly smashed a window to enter Terre’Blanche’s home and killed him with a knobkerrie and a panga. A police source told the Sunday Times the pair alleged Terre’Blanche had threatened to kill them when they went to his farm for their money. “They claim they killed him in self defence,” the officer said.

The men, who were said to have waited for police to arrive and arrest them, are due to appear in court on Tuesday.

The killing sparked fierce debate on race relations in a country where white farmers have become increasingly vocal, claiming thousands of them have been murdered since the end of white minority rule in 1994.

Last month the former president F W De Klerk wrote to Zuma warning that Malema was creating an increasingly febrile mood. He said: “All this is beginning to create a volatile atmosphere in which any additional intemperate statement or action might spark an unfortunate incident.”

Explosive case
Frans Cronje, deputy director of the South African Institute of Race Relations, said: “It could be an explosive case, especially if the ANC don’t back down.”

Zuma appealed for calm following the “terrible deed”. In a statement he asked South Africans not to allow “agent provocateurs” to take advantage of the situation by “inciting or fuelling racial hatred”.

Political leaders in South Africa must “think” before they make statements, which could be “misunderstood”, Zuma said on South African Broadcasting Corporation radio on Saturday.

“This happening must indeed say to us as leaders we need to think before we make statements in public that might be misunderstood to be encouraging the opposite of what we are trying to do — to build our new nation — irrespective of what quarter they come from, so that no one could attempt to say that what we say is not helping the process of nation-building”

“All leaders who lead this country, from different political formations and non-governmental organisations, should unite in the call for calm.

“I know for a fact that those who have been close to Mr Terre’Blanche, they must be feeling a pain, but it is this time that we take our leadership responsibility to make this country unite in calling for a stop of violence,” said Zuma. “Violent crime must be stopped and defeated by all of us.”

Zuma, who said Terre’Blanche’s murder was a “sad moment” for the country termed the act “cowardly”.

“I condemn this cowardly act and the murder of Mr Terre’Blanche. It’s not acceptable in our society. In due course we will know what is it that led to this terrible action.”

‘Has-been personality’
Jackson Mthembu, an ANC spokesperson, also denied any causal link between the protest song and the murder of Terre’Blanche. But he also appeared to shift the party’s position: “The ANC is prepared to look at whether it is appropriate to continue singing it in this manner. We will … look at what we can do.”

The opposition Democratic Alliance warned of a risk of polarisation with a dangerous outcome. Leader Helen Zille, said: “The murder of Eugene Terre’Blanche will inevitably polarise and inflame passions in South Africa at a time when tensions are already running high … This could have tragic consequences and it is essential that all leaders stand together now and call for calm.”

Terre’Blanche had threatened war on South Africa’s white minority government in the 1980s when it began to make what he considered dangerous concessions that endangered South Africa’s white race. Described yesterday as a bully and buffoon, his predictions of doom under a multiracial democracy proved hollow and his support dwindled to a tiny rump.

“He was a has-been personality,” said Allister Sparks, a veteran political analyst. “His influence is absolutely minimal. I regarded him as one of the most remarkably powerful orators I’ve ever heard. He spoke with a great passion and could really move people, but that was before 1994 when he was trying to mount his rather crazy resistance campaign.” – Sapa, guardian.co.uk