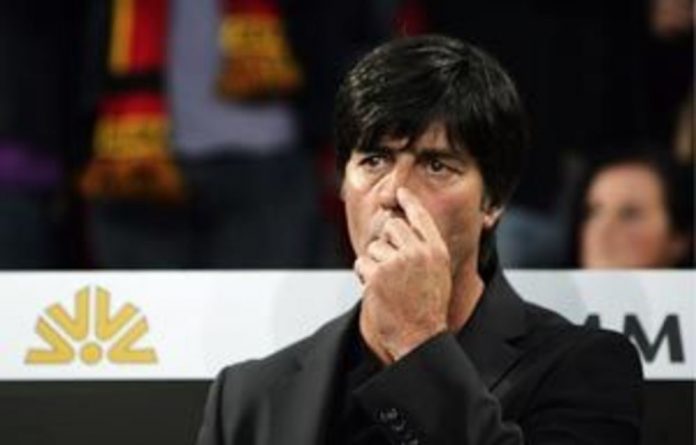 Germany coach Joachim Loew and his staff started a three-day meeting in a Black Forest retreat on Monday to plan a difficult Soccer World Cup build-up and discuss the possible return of Kevin Kuranyi.

Loew, 50, had told the Bild am Sonntag Sunday paper that “we will surely talk about Kuranyi, the issue is present”.

Kuranyi was thrown out of the team by Loew two years ago after the Schalke 04 striker left an important Soccer World Cup qualifier against Russia at halftime in frustration about not being picked for the game. Loew said that Kuranyi would not return as long as he is coach.

However, the good form of Kuranyi and poor showings by other Germany strikers prompted a large part of the German football community to call on Loew to reconsider his decision.

Kicker sports magazine on Monday bluntly spoke of “an emergency plan” in connection with Kuranyi, saying: “A pardon is possible”.

Loew said he will reach and announce a decision on the striker before the May 6 nomination of the provisional squad for the June 11 — July 11 World Cup in South Africa.

But there is far more than Kuranyi on the agenda at the meeting in Baiersbronn with assistant coach Hansi Flick, goalkeeper coach Andreas Koepke and chief scout Urs Siegenthaler.

Kicker spoke of “alarming problems” in all areas on the field and that “only two regular starters are in World Cup form” — Bayern Munich midfielder Bastian Schweinsteiger and Werder Bremen defender Per Mertesacker.

Loew will have less time than desired to get the team in shape because up to 15 players could be missing at a first warm-up game against Malta scheduled for May 13 and a training camp soon after that.

The national side could be without several players taking part n the German Cup final on May 15, while captain Michael Ballack could be featuring for Chelsea in the FA Cup on the same day.

If worse comes to worst Loew won’t have all players assembled until May 24, giving him just 10 days for fine-tuning at a second training camp set for May 21 to June 2 in northern Italy, plus two further tune-up games before the final team nomination June 5 and the departure for South Africa the next day.

“The World Cup preparation could turn into a farce,” warned Kicker. — Sapa-dpa