Poland crash pilots ‘were warned about the weather’ 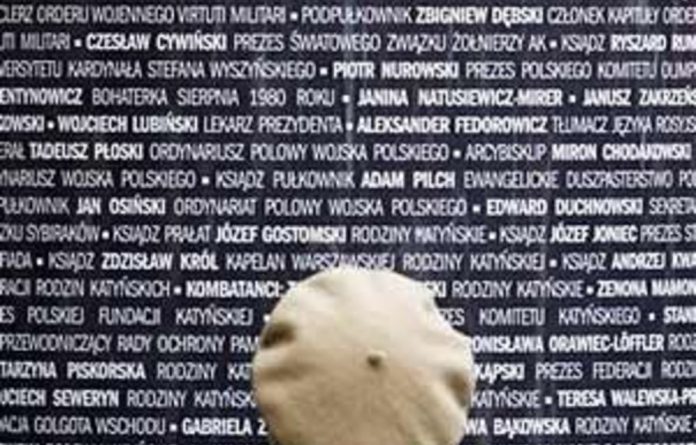 Russian officials said on Monday the pilots of a plane that crashed and killed Poland’s president had received explicit weather warnings, as relatives waited to identify the mutilated remains of passengers.

As officials met in Poland to plan the funerals, reportedly to be held on Saturday, Russia and the European Union paid their respects to President Lech Kaczynski and the 95 others who died in Saturday’s tragedy in western Russia.

Besides Kaczynski and his wife, Maria, those who perished when the plane crashed and burned in woodland included other senior Polish politicians, the head of the central bank, and the military’s top brass.

Kaczynski’s is the only body to have so far been repatriated to Poland, where he will lie in state from Tuesday.

Grieving relatives have been flown to Russia to try to speed up the process of identifying the corpses, many of them disfigured beyond recognition.

Kopacz said some of the bodies were only identifiable by DNA tests.

Kaczynski’s plane clipped trees as it tried to land in thick fog on Saturday morning in Smolensk. There were were no survivors.

“It goes without saying that we will do everything to ensure that the investigation is objective and thorough,” he told a Cabinet meeting.

“It has been positively confirmed that the warning about unfavourable weather conditions at Severny Airport, and the recommendation to divert to a standby airport, were not only transmitted but were received by the crew,” he said.

Ivanov said the plane’s black box was in a “satisfactory” condition and both the voice recordings and the recordings of systems data were intact.

The Gazeta Wyborcza daily reported that Kaczynski’s state funeral may be held on Saturday and the government was meeting to make arrangements.

Former Polish presidential aide Elzbieta Jakubiak said ceremonies for Kaczynski and the other victims could last for two days.

“But the final decision hasn’t been taken. We’re still waiting for all the bodies to be brought back to Poland,” she said.

Echoing the mass gatherings last seen when the country honoured Polish Pope John Paul II on his death in 2005, tens of thousands have gathered spontaneously since Saturday to mourn.

Russia also held tributes on Monday as a show of solidarity with a country with whom it has a troubled history.

Flags at half-mast
Few missed the irony that Kaczynski’s delegation had been on the way to a memorial ceremony for the 1940 Katyn massacre of thousands of Poles captured by Soviet forces in World War II.

Flags flew at half-mast in Russia and entertainment programmes were cancelled, with all advertising banned on television and radio.

Kaczynski’s populist nationalism often made him a divisive figure at home and elsewhere in the European Union, which Poland joined in 2004.

The bloc declared on Monday a day of mourning, with flags of EU institutions flying at half-mast at its Brussels headquarters.

While Poles are in shock at the loss of a swathe of the country’s elite, analysts said the robust development of the country’s institutions since the collapse of the communist regime in 1989 means it is should ride out the storm.

“On the face of it, it’s a dramatic, traumatic and fluid situation, which is changing from hour to hour and day to day, but it is absolutely certain that Poland’s institutional stability is assured by fixed constitutional procedures,” Warsaw-based political analyst Edmund Wnuk-Lipinski said.

Those procedures have already swung into action, with parliamentary speaker Bronislaw Komorowski assuming the duties of acting head of state and having to set the date of a snap presidential election in the next two weeks.

Poles will then have to head to the ballot box before the end of June.

A presidential ballot was due in any case by this autumn, in which Komorowski, a liberal, was expected to run against the conservative Kaczynski. — AFP