Briatore happy as truce is declared 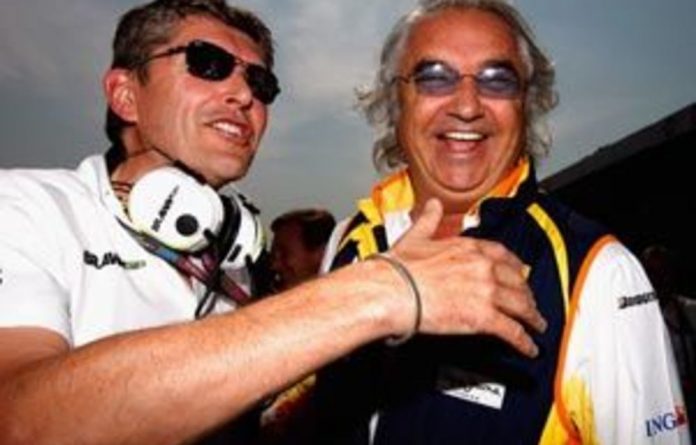 Flamboyant former Formula One boss Flavio Briatore celebrated his 60th birthday on Monday with the news that he will be able to return to the sport in 2013 after the world governing body The FIA decided to come to an agreement with the Italian.

The former Renault boss and then director of engineering Pat Symonds were originally banned for life last September by The FIA for their roles in masterminding the ‘crashgate’ scandal for allegedly ordering Nelson Piquet junior to crash at the 2008 Singapore Grand Prix.

However, both men appealed the decision and in early January won their cases at the Tribunal de Grande Instance in Paris which found that the FIA sanction was illegal.

The FIA under new chief Jean Todt decided to appeal that decision but on Monday they issued a statement declaring that the dispute was over.

“They [Briatore and Symonds] have undertaken to abstain from having any operational role in Formula 1 until 31 December 2012, as well as in all the other competitions registered on the FIA calendars until the end of the 2011 sporting season.

“They have also abandoned all publicity and financial measures resulting from the judgment of January 5 2010, as well as any further action against the FIA on the subject of this affair.

“In return, they have asked the FIA to abandon the ongoing appeal procedure, but without the FIA recognising the validity of the criticisms levelled against the WMSC’s decision of September 21 2009, as well as to waive the right to bring any new proceedings against them on the subject of this affair.”

Briatore won his case in January on the grounds that former FIA president, Max Mosley, who had presided over the hearing that banned him, had acted as prosecutor, judge and jury.

Briatore had also been seeking 1million euros in compensation but was awarded damages of €20 000 while Symonds was given
€5 000.

The scandal centred on driver Piquet junior’s claims that the team had ordered him to crash deliberately at Singapore to enable teammate Fernando Alonso to go on and win.

Briatore has denied all the accusations levelled against him and vowed to fight to clear his name.

He said that the French court’s decision “gives me back my dignity and the freedom which they arbitrarily tried to take away from me”. — Sapa-AFP