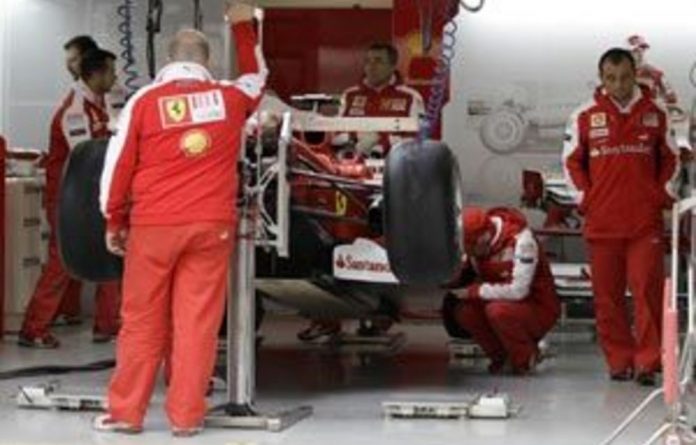 Ferrari have warned their fans to expect a tough battle in this weekend’s Chinese Grand Prix where rivals McLaren will have a speed advantage on the long Shanghai straight.

“It’s a nice circuit to drive, but the extremely long straight that heads into a very tight corner means there is a real possibility to overtake — and that could give McLaren an advantage against us and the Red Bulls.

“We need to be very careful on that straight this year because we have seen that the McLaren has a very high top speed, thanks to their car system, and we have to be careful. We need to be prepared to defend positions.”

After only three of this year’s scheduled 19 races, Massa’s warning highlights two main issues — that this is going to be a very closely fought season and that the technical development war, which could prove decisive, has started already.

China could see a fourth with Hamilton, the 2008 champion, fancying his chances of claiming his 12th career victory to propel himself towards the front of the title race.

The 25-year-old Englishman said: “Overtaking is possible at this circuit, particularly at the end of the long back straight, so I’m pretty confident we’ll have another competitive weekend.”

Rivals fear F-duct
McLaren’s F-duct system, which permits air flow through the cockpit to be controlled by the drivers to “stall” the work of the rear wing, is the device that their rivals fear.

At the Shanghai track, where the long straight between turn 13 and turn 14 sees speeds of more than 300 kilometres per hour, it could be a critical advantage for Button and Hamilton.

Ferrari have also been working on their own system but are not yet sure they have one that is 100 per cent reliable, according to team boss Stefano Domenicali.

“Everyone is working flat out at home [in Italy],” he said. “We saw the benefit that seems to be very, very big on the main straight in certain conditions — with the stalling of the rear wing. We will bring it, as soon as it is reliable.”

Ferrari have also said they are not at all worried about the frailty of their engines ahead of this weekend’s power-test race in Shanghai despite seeing Alonso forced to retire in Malaysia with a blown engine.

The Italian team believe that setback occurred because of gearbox problems that beset Alonso in that race — and like rivals McLaren and Red Bull, they are hoping to prove their pace again in the cooler conditions.

All of them are likely to be keeping a sharp eye also on the challenge from seven-times champion German Michael Schumacher of Mercedes, who is keen to taste victory again back on the track where he last triumphed in 2006, and in-form Pole Robert Kubica of Renault.

‘I enjoy myself more, even though the car is not yet what we dream to have’
Schumacher, 41, has gained in confidence and pace with each race this year as he revels in his comeback while Kubica, also in a new team, has so far been a surprise front-runner this season.

“I am happy with Renault,” he said. “The faith of the people you work with is important in any activity and here I feel that team has confidence in me, they accommodate me — and this allows me not to feel the fatigue of a workload that is even bigger than in previous seasons.

“I enjoy myself more, even though the car is not yet what we dream to have.”

Kubica stressed that he has been lucky this season so far and that the key to the rest of the year is going to be tyre-wear management — trying to go a full race with just one stop.

After the heat and tropical storms of Sepang, the much cooler Chinese conditions will produce a whole new level of challenges for the teams and their tyres — and a good chance of more unexpected incidents and outcomes. — AFP