To my beautiful, lost 30-year-old 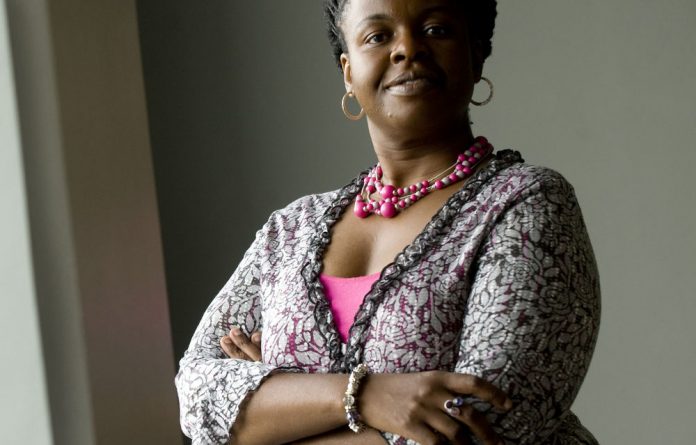 I was 15 when you came into being. We “grew up” together, you and I. I was very young during the liberation struggle, so I did not quite understand what April 18 1980 really meant. But I was old enough to appreciate that something seismic had happened. The euphoria among the people was palpable. The adults could not contain themselves. The music made us all giddy: “Mauya, mauya comrade, mauya tongai Zimbabwe!” (welcome back comrade, it’s your time to lead Zimbabwe).

My favourite brother-in-law, Jack (the Zimbabwe People’s Revolutionary Army), came back from the war. So did Uncle Dave (the Zimbabwe African National Liberation Army), who came back with a bullet lodged in his leg; it’s still there.

The 1980s were magical. The majority of your citizens thrived, as you thrived. The economy grew. Employment grew. Bulawayo got a new nickname, konthuthu-ziyathunqa (the place of persistent industrial smoke). Mind you, this was in the days before we spoke about climate change.

Access to healthcare doubled almost overnight. So did access to education. I just took it for granted that I would finish high school, go to university and get a job afterwards. The state provided the loans and grants for anyone who wanted them. If I didn’t make it to university, there was always teacher training, nursing or the polytechnic. The state would provide resources for that, too. Our government systematically dismantled discriminatory laws and policies that had stood in the way of black women.

New laws were put in place: equal pay for equal work, the Labour Relations Act, the Maintenance Amendment Act and the fantastic Legal Age of Majority Act. For the first time black women became equal citizens in their own right. They voted in 1980. By the time I completed my education, my rights were largely protected on paper. Everything seemed possible — if, of course, you did not live in Matabeleland or Ndebele-speaking parts of the Midlands, where thousands were systematically murdered by the national army’s Gukurahundi.

After university I was full of lip; brimful of confidence. I got a wonderful job with a women’s organisation. I travelled in the region and outside, sharing wonderful stories of the miracle, the ocean of hope for us women that you had become.

By the mid-1980s you had found your feet too and your star was on the rise. On the regional and international stages, you were the leader. Everyone wanted to come and be part of this spring. You were flooded by teachers, tourists, conferences, sporting events and the usual Third World do-gooder groupies. You hosted the Zimbabwe International Book Fair, the Southern African Film Festival, the All Africa Games, the Non-Aligned Summit. The cultural scene was fantastic: theatre, music, books, magazines — you name it, we had it. Our artists won awards all over the world. I soaked myself in it. I carried your name and my ­citizenship with pride.

This year you turn 30. In human terms, this is the age at which you should be thriving. You should now be a high-flyer, the pride and joy of your family and the envy of your neighbours. Your Facebook page should be heaving with friends and connections. Opportunities should be opening up everywhere. To use that little cliché, the world should be your oyster.

Yet here I am, across the fence. Millions of your children are here; thousands more are scattered in places their mothers cannot find on a world map. Your international airports are crowded with your departing children. Passport offices cannot cope with the backlog.

The story of how you got to where you are today is long and complex. You can tell your own story. I can only tell my own story of how and why I got here. Five years ago I asked my organisation to move me to Johannesburg because I could no longer breathe easily in my own home. I did not vote in 1985 or in 1990. Like many others, I took it for granted that whatever wasn’t going well would eventually get sorted out, because our people would realise the need to do the right thing. We had so much faith in the shared history of our liberation.

By the mid 1990s, however, the milk of independence had soured and the honey had all but been eaten. Firm brakes had been applied on progressive women’s rights. We were told in no uncertain terms that land rights for women were out of the question. Almost overnight, little zinc placards with anti-sexual rights and anti-reproductive rights messages were nailed to trees in and around the city of Harare: “Abortion is murder!”; “Arrest the prostitutes. Don’t tempt men!” The backlash against women’s rights was heating up. The war on human rights was in full throttle. Even the goddesses seemed to conspire against us: droughts, HIV/Aids and more droughts wreaked havoc.

I finally voted for the first time in 1995, more to protest rather than to choose my government. But by this time it was pointless. We were whistling against a hurricane. The hand of repression began to close around our necks. Newspapers became few-people’s-views papers. Public radio and television stations became propaganda megaphones. As much as I loved you, my dear country, I did not want to be told how and when to love you. I did not want to be told what to think and feel. After all, nobody can be force-fed patriotism intravenously. The songs of celebration, joy and hope were replaced by songs of despair and hopelessness.

By 1999 I was suffocating in the cultural desert that you had become. Feminism taught me one simple concept: choice. I made the choice to leave you for another country; a place that does not strangle my soul, where I can think, feel, read, write and watch whatever I like. I can speak loudly and not whisper.
I still love you, my beautiful country. Every year I celebrate April 18 because of all that it made possible in my life. But as our people always say, Matakadya kare haanyaradzi mwana – you can’t soothe a hungry child by reminding them they ate yesterday. Although I still tell stories about the glories of the first two decades of independence, I need new stories that can enthuse my son and his generation about you. Sometimes I listen to news about you. Sometimes I switch off. I visit when I miss you and I stay away when I can’t bear the pain. I am highly privileged to be able to make these choices.

I fiercely hold on to my citizenship because it will always be the only one I carry. I will come back to you – one day. I keep the hope alive in my heart that you will find yourself again and restore our collective pride of place among nations. I will take a holiday, as I always do, on April 18. I shall drink a toast to you, my beautiful but lost 30-year-old, from this safe but painful distance.

Everjoice Win is a feminist activist, based in Johannesburg