Malema: ‘Without land, voting means nothing’ 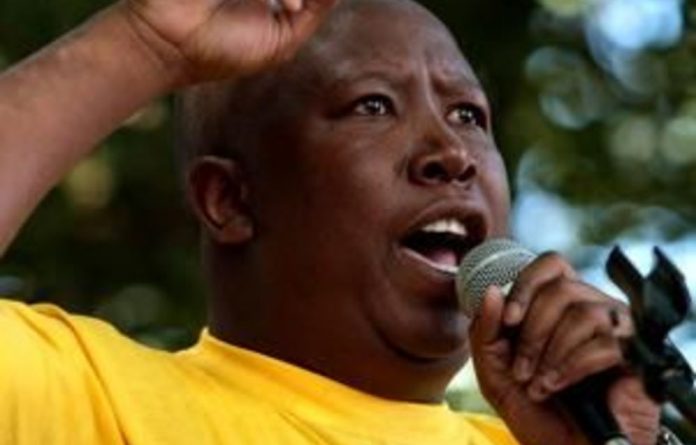 Malema told his audience that South Africans did not own their own country.

“This land belongs to foreigners,” he said.

He said people needed land to feed themselves and to do business as citizens.

He said the so-called “willing buyer, willing seller” system was not helping the government in its land redistribution programme.

“You need land to do everything. Without land, voting means nothing. You vote and you still go beg,” he said.

Malema said South Africans had voted every five years in the past and still workers get beaten and killed by farmers, because they do not own those farms.

He said people in townships were still squatting in property which they called land.

By contrast, there were South Africans with small families who owned land as “big as countries”.

Malema said he had been told one should not talk the politics of land and property or nationalisation because it would scare investors away.

“They invest in countries where there are civil wars,” he said, adding that people should not believe the “lies” that investors would be scared off by talks of nationalisation.

Malema said investors did not care about people and that they were interested in making profits.

He also said if investors were to leave, the Chinese would come in.

“The Chinese will work with anybody,” he said.

Disciplinary action?
Meanwhile, the Mail & Guardian has learned that at Monday’s national working committee meeting, Malema’s supporters will tell President Jacob Zuma that he was wrong to criticise Malema in public.

A call for disciplinary action to be taken against Malema will top the agenda of the 28-member committee when it meets. Possible charges include his defiance of the ANC by continuing to sing “kill the boer” struggle song after the party had agreed to suspend the singing of songs that could cause disharmony; that he endorsed Zimbabwe’s Zanu-PF and attacked the Movement for Democratic Change as a “Mickey Mouse party” during his visit to Zimbabwe; and that he had embarrassed the party by verbally abusing a BBC reporter, Jonah Fisher, and ejecting him from a media conference last week.

It is understood that the committee members who are unhappy with Zuma’s public reprimand include Deputy Police Minister Fikile Mbalula and ANC national treasurer Mathews Phosa.