Pressure mounts on Goldman from near and far 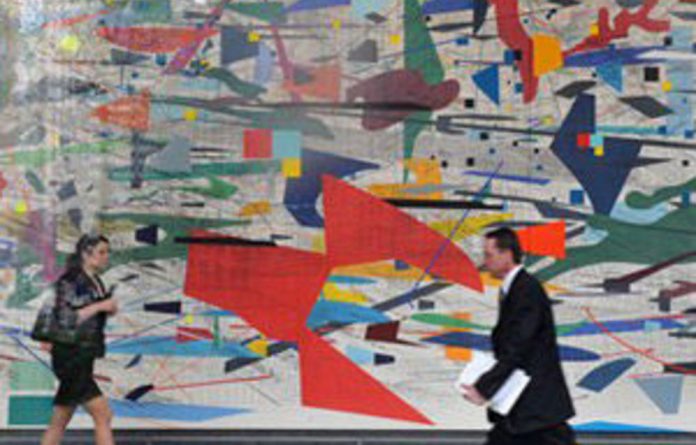 Goldman Sachs saw pressure building on both sides of the Atlantic on Sunday, just two days after it was charged by the US Securities and Exchange Commission.

It also became clear that the questions surrounding Goldman were increasing the chances of tougher reform of financial regulations as it was seized on by politicians in the US and Europe as a reason for closer scrutiny or tighter rules for banks.

Regulators in the United States, Germany and UK are all eyeing Wall Street’s dominant bank after it was charged with fraud by the SEC on Friday over its marketing of a subprime mortgage product.

Germany and the UK will seek details from the SEC about the activities of Goldman Sachs as a prelude to potential legal steps following a US-led fraud investigation.

Prime Minister Gordon Brown said on Sunday he wanted Britain’s financial watchdog to investigate the US bank after it was charged with fraud by US regulators.

“… when we find out that Goldman Sachs was betting against its own investors and, you know, playing the double game — and I’m sure we’re going to find out they weren’t the only ones — look, things have got to change in the way that they do business,” said McCain, the Republican nominee for president in 2008.

“I am very confident that we’re going to have the votes for a strong package of financial reforms that will bring derivative markets out of the dark, help protect the taxpayers from having to fund future bailouts and try to make sure we’re getting Americans some basic protection against fraud and abuse,” Geithner told NBC’s Meet the Press.

Pressure from Europe
Brown, who is fighting an election campaign, piled pressure on Wall Street’s most powerful bank, accusing it of “moral bankruptcy” over reported plans to pay big bonuses.

Goldman has called the US lawsuit “completely unfounded” and has vowed to defend itself.

“I want a special investigation done into the entanglement of Goldman Sachs and the companies there with other banks and what happened,” Brown told BBC television.

“There are hundreds of millions of pounds that have been traded here and it looks as if people were misled about what happened. I want the Financial Services Authority (FSA) to investigate it immediately,” he said.

“I know that the banks themselves will be considering legal action,” Brown said, apparently referring to European banks that lost money on the product marketed by Goldman Sachs.

“We will work with the Securities and Exchange Commission in the United States,” he said.

A spokesperson for the FSA declined comment though a person familiar with the matter said it was liaising with the SEC, but currently viewed the investigation as primarily a US matter.

Brown’s Labour Party lags in the polls before the May 6 election and a tough stance against bankers is popular with voters angry about high bonuses paid by banks, particularly those that received state bailouts during the financial crisis.

The FSA is operationally independent and the British government cannot order it to launch an investigation.

“BaFin will make a request for information to the SEC. After a careful evaluation of the documents we will decide about legal steps,” Wilhelm said.

A German government spokesperson on Sunday confirmed the remarks made to the Welt am Sonntag.

Germany’s interest in Goldman’s activities stem from the near collapse of Duesseldorf, Germany-based IKB which required a bailout of at least €10-billion in several stages after its near collapse in 2007.

According to the SEC complaint, Goldman reached out to IKB to buy some mortgage related products.

In a statement, Goldman Sachs said it provided IKB with “extensive information” about the underlying mortgage securities.

“The risk associated with the securities was known to these investors, who were among the most sophisticated mortgage investors in the world,” the statement said.

Fears that Deutsche Bank could also become embroiled in legal action sent the stock down seven percent on Friday.

Biggest crisis
The civil lawsuit Goldman faces in the United States is the biggest crisis in years for the company that emerged from the financial meltdown as Wall Street’s most influential bank.

Goldman shares slid 12,8% on Friday, wiping out more than $12-billion of market value.

Goldman is set to report first quarter earnings on Tuesday amid the controversy over the charges. Analysts expect a strong quarter backed by robust trading results.

According to the SEC complaint, Britain’s Royal Bank of Scotland paid Goldman $840-million in August 2008 to unwind a position built up by ABN Amro, some of whose operations RBS had acquired.

RBS is 84% owned by the British government after a series of bail-outs during the financial crisis.

It declined to comment on whether it was considering legal action against Goldman Sachs.

Brown also attacked Goldman Sachs over a report in Britain’s Sunday Times that the bank planned to pay its staff more than £3,5-billion ($5,6-billion) for three months’ work, including £600-million to 5 500 London-based staff.

“I am shocked at this moral bankruptcy. This is probably one of the worst cases that we have seen,” he said.

“It makes me absolutely determined we are going to have a new global constitution for the banking system … a global financial levy for the banks, that all countries that are major financial centres pay, and we quash remuneration packages such as at Goldman Sachs,” he said.

“If this is proved to be the case, they have got to return that money. I cannot allow this to continue,” he said.

Goldman Sachs declined to comment on the level of any bonuses, which would not be paid until the end of the year. – Reuters