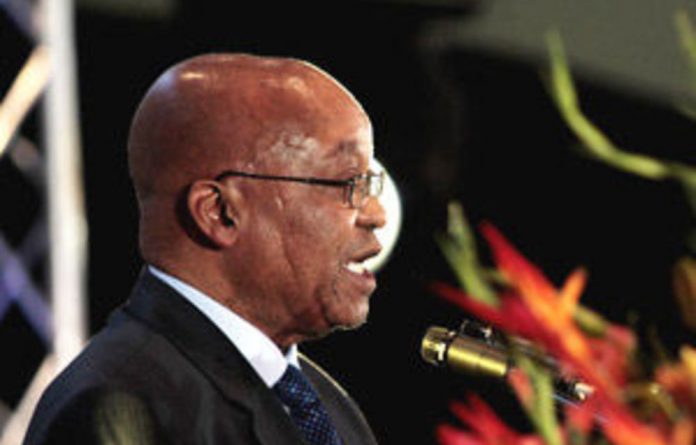 The Soccer World Cup in 50 days’ time will be South Africa’s greatest opportunity to show off the diversity and potential of the nation and the whole of Africa, President Jacob Zuma said on Wednesday.

Zuma spoke at a day of festivities to mark the 50-day mark in Kimberley, site of a 19th-century diamond rush that was a key event in the development of modern South Africa.

“This is the single greatest opportunity we have ever had to showcase our diversity and potential to the world. We must rise and tell the story of a continent that is alive with possibilities and resilient people who embrace people from other nations and cultures,” Zuma said.

Danny Jordaan, head of the local organising committee, said that the World Cup would be a defining moment comparable to the release of Nelson Mandela from jail and the end of apartheid.

He said the attention of the entire world would be on South Africa for the month of the globe’s most watched sporting spectacle: “The same South Africa the world once called a miracle nation when in 1994 we made a peaceful transition to democracy, defying all the sceptics.”

“The world has heard many more stories about us since then, sometimes more negative than positive, but this World Cup gives all South Africans the opportunity to show the world who we really are 16 years into our democracy.”

Zuma said it was a marvel to watch the approach of the World Cup. “The nation is seized with exhilaration and great anticipation,” he said.

Excitement
Fifa officials complained a year ago about a lack of atmosphere ahead of the tournament, but excitement is palpable here after tickets finally went on sale over the counter last week.

Fifa said on Wednesday 180 000 of the remaining 500 000 tickets for the tournament had been sold in the last six days, mostly in South Africa. There are a total of 2,7-million seats.

Zuma said that, despite persistent scepticism abroad, South Africa was ready. Stadiums had been built on time and transport infrastructure was in place.

Back-up generators had been installed in the stadiums in case of power-supply problems, which severely damaged the economy in 2008.

Referring to concerns about security, especially the violent crime for which South Africa is notorious, Zuma said more than R1-billion ($136-million) had been allocated for safety of fans and teams.

“There is nothing that has been left to chance and no alarms should be raised about this,” he said.

Despite massive spending that critics say a developing nation could not afford, Zuma said the World Cup would bring powerful economic benefits, including the direct creation of almost 66 000 jobs and a contribution to real GDP this year of almost R5-billion.

Jordaan called on South Africans to get involved in the World Cup, saying its success depended on the warmth of the welcome they gave to foreign fans. — Reuters