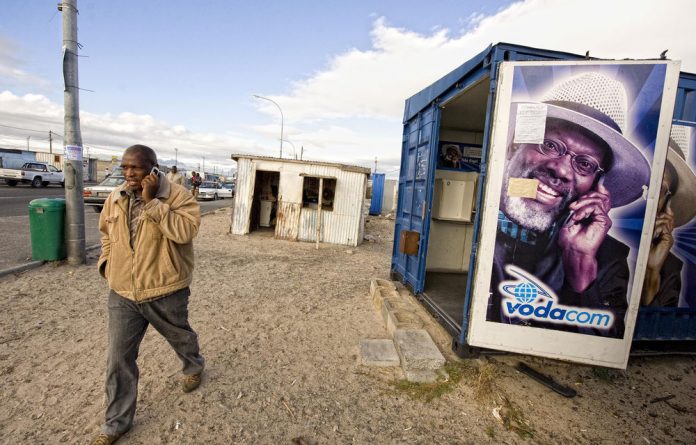 South Africa’s mobile operators are caught between a rock and a hard place as the country’s telecoms regulator moves to regulate interconnection rates.

Communications Minister Siphiwe Nyanda’s somewhat misguided use of political pressure to lower call rates last year may have resulted in an initial 29% reduction in the interconnection rate, from R1,25 per minute to 89c, but this pales in comparison with the Independent Communications Authority of South Africa’s (Icasa’s) announcement last week that it is planning to reduce them to the cost-based rate of 40c a minute by 2012.

It has become clear that the minister’s political will, which some may read as grandstanding, was to bring down the call rates for prepaid users.

Karel Pienaar, MTN SA’s managing director, confirmed this last month when it was reported that he claimed the reductions in prepaid call rates earlier this year were a direct consequence of political pressure.

While the poorest consumers may be adversely affected by excessive prepaid call rates, the mobile operators make most of their revenue from their high-end contract customers, so the cheaper prepaid rates were hardly a major concession for them.

What Nyanda’s political interference makes clear is that he did not contemplate the knock-on effect of excessive postpaid call rates on the cost of doing business in South Africa, something the government has red flagged since the accelerated and shared growth initiative for South Africa was launched in 2005.

It has become clear that he ruffled Icasa’s feathers so much that the regulator finally acted in an attempt to stamp its authority on the sector.

Nyanda was heavily criticised at the time of his political intervention for allowing the mobile operators to get off too lightly and for interfering in a process that was meant to be driven by Icasa.

Many stakeholders in the sector warned that if due process was not followed, South Africans could end with an even messier situation but these more sensible voices were drowned out by the consumer anger over South Africa’s exorbitant cellphone call rates.

Icasa’s announcement last week that it intends to slash interconnection rates by 27% in July this year from the current rate of 89c per minute to 65c has been widely applauded.

Interconnection rates are the tariff a mobile operator charges another mobile operator to terminate a call on its network. An example is if a Vodacom customer calls an MTN customer, Vodacom currently pays MTN 89c for terminating the call. Interconnection rates have been identified as the key bottleneck to stimulating real competition in the mobile sector, where call rates are seen as exorbitantly high.

Icasa also announced a glide path that will see the interconnect rate cut to 50c in July 2011 and 40c in July 2012. This week analysts and industry insiders applauded Icasa and said that if the regulator does everything by the book, the mobile operators will have very few options to fight the regulations.

They were more divided on Nyanda’s political interference. Some said the minister should have left it to Icasa, while others said he has managed to secure a significant first reduction in interconnection rates.

One industry insider said the mobile operators had taken advantage of the turf war between the communications department and Icasa.

“The mobile operators got it horribly wrong,” said the insider. “They thought let’s pressurise Icasa and we’ll slip in our own glide path.”

The insider was referring to a clause that was inserted into interconnection amendment agreements prepared by the mobile operators after the Nyanda-driven agreement to reduce interconnect rates to 89c.

Icasa refused to sign off on these agreements because of a clause that sought to bind the regulator to an undertaking to hold back on reviewing mobile termination rates until March 1 2013. “They underestimated the regulator and the amount of work they had done on this.”

The insider believed that the mobile operators will treat Icasa’s proposed regulation as “trench warfare” because billions in revenue are at stake. “They will defend every position they can,” said the insider.

But many analysts who spoke to the Mail & Guardian this week believed the mobile operators will do too much damage to themselves politically and provoke a consumer backlash if they try to challenge the regulations in court.

Alison Gillwald, Research ICT Africa’s executive director, said that the mobile operators will have to weigh up the gains of defending their revenues through litigation. She pointed to the political and moral pressures they find themselves under and the “negative perception of them as big, fat companies that have made their money from extortionate pricing”.

“If the decision was substantively challenged, it should come into effect and apply until it is overturned by the courts to avoid it being used as a delaying tactic alone,” said Gillwald.

Christoph Stork, a senior researcher at Research ICT Africa, said the Electronic Communications Act (ECA) calls for cost-based interconnection rates. “If operators take the issue to court they will have to explain why they prefer not to comply with the law and why they expect to be subsidised,” Stork said. “Public opinion may even turn against an operator trying that.”

Nyanda’s spokesperson, Tiyani Rikhotso, told the M&G that the “perceived turf war” between the department and the regulator is just “sheer hallucination”.

“The minister understands the parameters that define the competency areas of the policymaker and the regulator and any suggestion to the contrary would be devoid of truth,” said Rikhotso.

He said the minister had applied no political pressure.

“There’s a bold difference between interference and intervention,” said Rikhotso. “What the minister of communications did was to intervene using the powers vested in him by the ECA. The minister has indicated in the past that the steps taken by the operators should be applauded and it should be looked at as the beginning of bigger things to come.” Icasa will hold hearings on the proposed reduction in tariffs on June 9, 10 and 11.

South Africa’s mobile operators have said that they are busy studying Icasa’s draft regulations and will make submissions to Icasa by June 2.