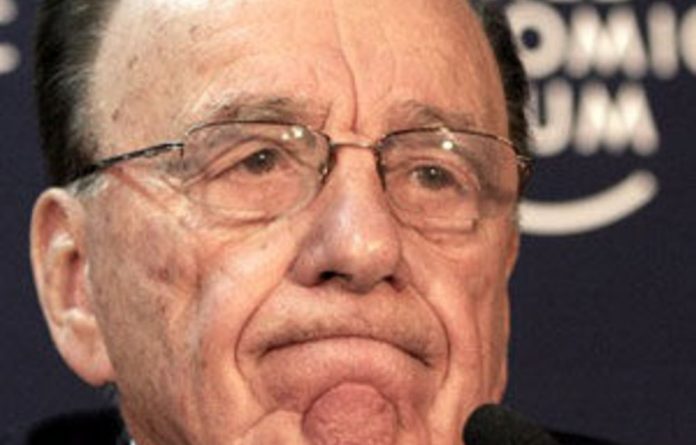 In one corner, the New York Times. In the other, the Wall Street Journal.

The two newspaper heavyweights are poised to do battle as Rupert Murdoch’s Journal challenges Arthur Sulzberger’s Times on its home ground — New York.

The Journal unveils a New York edition on Monday in what promises to be a bruising competition for readers and advertising dollars with the publication that has long dominated the city.

It’s the type of aggressive move Murdoch has become known for during his decades building News Corp into a newspaper and entertainment titan — and the Australian-born mogul appears to be relishing the fight.

The 79-year-old veteran of the London circulation wars, throwing down the gauntlet to the Times last month, said the Journal‘s New York section would feature full colour and would be “feisty”.

“We believe that in its pursuit of journalism prizes and a national reputation, a certain other New York daily has essentially stopped covering the city the way it once did,” he said.

Murdoch, whose New York Post has been tussling with the city’s other tabloid the Daily News for years, said the Journal will “cover everything that makes New York great: state politics, local politics, business, culture, and sports”.

Since purchasing the Journal‘s parent Dow Jones from the Bancroft family for $5-billion in 2007, Murdoch has gradually transformed the newspaper into a more general publication from one focused near exclusively on business.

In an interview earlier this month with journalist Marvin Kalb, Murdoch professed admiration for the Times — if not its politics.

“I’ve got great respect for the Times, except it does have very clearly an agenda,” he said. “You can see it in the way they choose their stories, what they put on Page One — anything [President Barack] Obama wants.”

“And the White House pays off by feeding them stories,” he said.

Times publisher Sulzberger, whose family has run the newspaper for more than a century, has largely stayed above the fray. It was Times president and chief executive Janet Robinson who responded to Murdoch’s challenge last week.

‘We don’t shy away from competition’
“When you’re the lead dog people are constantly going to go after you, whether it be the Wall Street Journal or [others],” Robinson said. “We’ve had many competitors not just one, for many years.

“We don’t shy away from the competition, we never have and we never will,” she said. “We fully understand how to compete and in fact we enjoy it.”

Robinson said that she does not expect advertisers to abandon the Times for the Journal, even if it does cut advertising rates by as much as a reported 80%.

“From a volume perspective certainly they will increase volume by giving away a lot of free advertising,” she said. “We are not doing that.

“Advertisers are very well aware that a free ad in any vehicle may not necessarily be as effective as a paid ad in a property that has a very, very responsive audience,” Robinson said.

The Times executive also sought to highlight the newspaper’s larger reach in print and on the web compared with that of the Journal.

“Advertisers are aware of the fact that our audience is 22-million in print and online versus the Journal‘s 13 [million],” she said.

The Times may currently have the edge when it comes to readership in the New York market, but Murdoch is the one with the deeper pockets if it comes to a long, drawn-out fight.

The Times eked out a profit of $14,1-million last quarter, reversing a loss of $74,2-million a year ago, while News Corp, which includes Avatar-maker 20th Century Fox and the Fox television networks, raked in a profit of $254-million in its most recent quarter. – AFP