The dollars Selebi ‘got’ from Agliotti 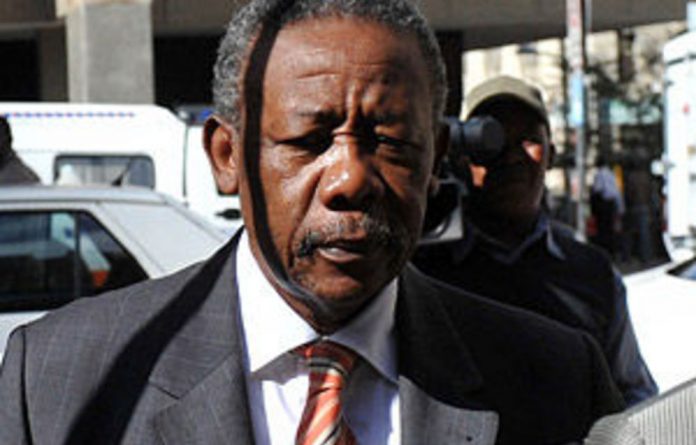 Former police chief Jackie Selebi was accused on Wednesday of taking $2 500 from drug-dealer Glenn Agliotti at OR Tambo airport in 2005 after returning from an official police visit to Cyprus.

Selebi steadfastly denied receiving “a penny” from Agliotti who he previously admitted was his “friend, finish and klaar”.

Chief prosecutor Gerrie Nel spent the whole of Wednesday questioning Selebi about his personal finances and alleged discrepancies between his family’s income and expenditure.

In the afternoon Nel turned to Selebi’s subsistence claims submitted to the police after official visits.

Nel put it to Selebi that Reserve Bank records show him selling $2 500 for about R16 000 on May 28 2005 at OR Tambo. Selebi confirmed this, saying he had returned from an Interpol meeting in Cyprus on that day.

“Why did you sell the dollars immediately?” Nel wanted to know. “Because I needed rand.” replied Selebi.

Nel slowly built his argument, asking Selebi whether he didn’t regard $2 500 as a lot of money for four days’ subsistence allowance. Selebi said since it was an Interpol meeting, he probably also received money from Interpol “because they paid much higher rates than SAPS”.

Nel then put it to Selebi that SAPS only gave him €700 for the trip to Cyprus and no dollars.

‘So where did the dollars come from Mr Selebi?” asked Nel. Selebi said he was sure this came from Interpol since they paid in dollars.

Nel told Selebi if that was indeed the case, he committed “double-dipping”, meaning that he charged both the SAPS and Interpol for his expenses in Cyprus.

Selebi angrily denied this, saying he would never “double-dip”.

Nel told Selebi he had proof that sold the €700 he received from the police for R6 200. On top of that he received about R16 000 for the dollars in his possession.

Nel explained that Selebi’s exchange of dollars fits perfectly on a timeline regarding Agliotti’s attempts to organise a meeting between Selebi and Rautenbach’s lawyer, James Tidmarsh.

Rautenbach earlier testified that Tidmarsh, Selebi and Agliotti met at a hotel in Sandton in April 2005 to discuss the outstanding warrant for his arrest for tax offences. On May 19 Agliotti traveled to Lubumbashi in the Democratic Republic of the Congo to meet Rautenbach.

On May 22 Rautenbach allegedly handed Agliotti $100 000 in cash for arranging the meeting with Selebi and on May 28, according to Nel, Agliotti handed Selebi $10 000 of this money at OR Tambo airport.

“It fits perfectly, Mr Selebi,” said Nel. Selebi denied Nel’s version, saying he had police officers traveling with him and could not have received money from Agliotti at the airport.