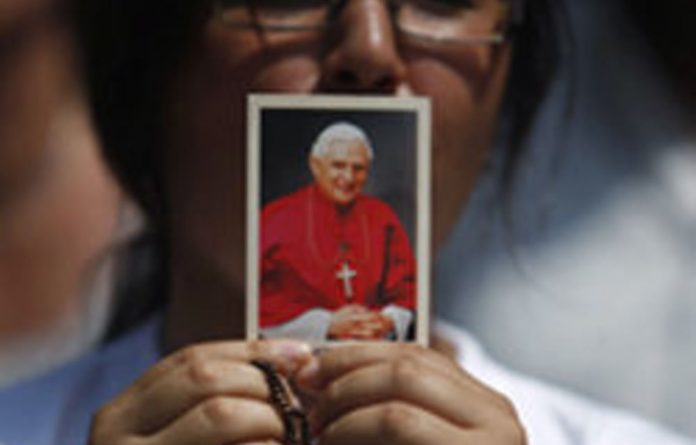 An internal memorandum at the British foreign office about this September’s papal visit to Britain, which started as a Friday afternoon joke, has resulted in a formal government apology to the Vatican.

The memo, apparently written after a brainstorming session by a group of junior civil servants planning events for the four-day visit by Pope Benedict XVI, suggested that he might like to start a helpline for abused children, sack ‘dodgy” bishops, open an abortion ward and preside at a same-sex civil partnership.

It was circulated across the government, including Number 10 Downing Street, with a covering note suggesting it should not be shown externally.

The memo was leaked to the Sunday Telegraph, prompting a statement by foreign secretary David Miliband, saying that he was appalled, a grovelling apology from his department and a formal expression of regret to the Vatican by British ambassador Francis Campbell.

In a statement, the foreign office said: ‘This is clearly a foolish document that does not in any way reflect UK government or foreign office policy or views. Many of the ideas — are clearly ill-judged, naive and disrespectful. The text was not cleared, or shown to ministers or senior officials before circulation.”

It added that the individual responsible has been transferred to other duties. The civil servant responsible, said to be in his 20s, apparently wrote the document a few weeks before the latest wave of child-abuse accusations engulfed the Catholic Church.

The scandal has resulted in the departure of several bishops, including two this weekend, in Ireland and Belgium, and has put the church heavily on the defensive.

The church reacted strongly to what it claimed was a disrespectful slur; demanding apologies that many senior Vatican officials have declined to offer children abused in church care.

A Catholic commentator for the Daily Telegraph denounced ‘snide, cheap and ignorant prejudice [which has] flourished under this government and its civil servants — wall-to-wall secularists.”

Meanwhile, Vatican officials fear the clerical sex-abuse scandal could have a devastating effect on the finances of the Italian church, a bastion of the faith. Italian taxpayers have until the end of July to declare their income for 2009 and can opt for a proportion of their taxes to be paid to the church.

‘The media always talk of class actions, compensation for the victims of abuse by the clergy and the legal fees which, since 2001 have forced the American dioceses to sell schools, hospitals, convents and universities,” the daily La Stampa quoted a Vatican source saying. ‘But the biggest economic damage is done by the collapse in donations.” —