One year of Zuma: Parties say he’s out of his depth 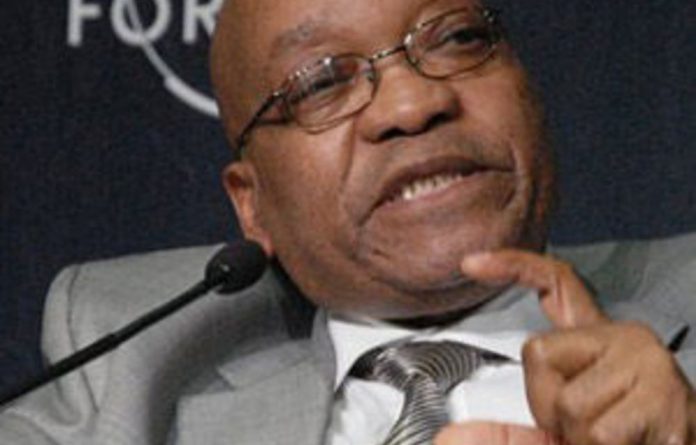 As President Jacob Zuma marked his first year in office on Monday, opposition parties said he had failed to show leadership and clearly found himself out of his depth.

Democratic Alliance leader Helen Zille said Zuma’s first 365 days in power proved wrong all the South Africans who had given him the benefit of the doubt when he fought off corruption charges to become president.

“We focused on his affability and diplomatic skills. We hoped that he would surround himself with the right people and listen to their advice.

“Most people now see that this was a case of wishful thinking,” Zille wrote in her weekly newsletter.

“He has failed to provide leadership on the issues that matter most, whether it is the debacle that has played itself out at Eskom, the increasing levels of violent crime, the steady decline of our education system, rising unemployment, or the corruption that is spreading like a cancer through our body politic.

“He has failed to lead for two inter-connected reasons: he does not appear to understand the core issues at stake, and he fails to see the contradiction between what he says and what he does.”

‘Out of his depth’
Zille said it would be wrong to dismiss her criticism as nothing more than the expected stance of an opposition leader.

“It is increasingly being heard from within the ANC itself … After a year in office, Zuma is out of his depth.”

DA parliamentary leader Athol Trollip said under Zuma the ANC government had put personal indulgence before policy and clocked up more than R1-billion in wasteful spending in a year.

“Too often when he is asked for his stance on a particular issue he says we need to debate, we need to discuss and we need to consult, because he is trying to appease all sectors of society.

“We now need a strong leader than can make decisions and actually govern our country.”

She added that service delivery was moving at a snail’s pace, prompting more protests.

“Service delivery is very, very slow, with so many ministers and deputy ministers looking like lame ducks while service-delivery protests continue to increase.

“All over the president’s government his lack of decisive leadership is evident with ongoing battles over who really controls economic policy and endless confusion over ministers whose mandates often overlap with others.”

Zuma failed to understand law
De Lille said it was obvious that the presidency was bloated with staff, yet still managed to fail to advise Zuma to declare his interests in time, resulting in the public protector finding him in breach of the executive code of ethics.

“It is not good for a president to break the law when he is at the same time making noises about bad governance and corruption.”

She said Zuma had failed to understand the law.

“His comment that Chancellor House has not broken any law shows that he is a president who puts opportunism before ethics. Instead of providing the kind of ethical leadership one would expect from a president, Zuma hides behind his own questionable and opportunistic interpretation of the law.”

The Pan Africanist Youth Congress (Payco) declared itself “not impressed” with the president’s performance and said South Africa needed to rid itself of the “corrupt” ANC government.

“The only thing Zuma focused on was to compensate his lieutenants who stood by him during his power struggle with former president Thabo Mbeki.

“As a result we have an expensive, bloated Cabinet without leadership and vision,” Payco said. – Sapa