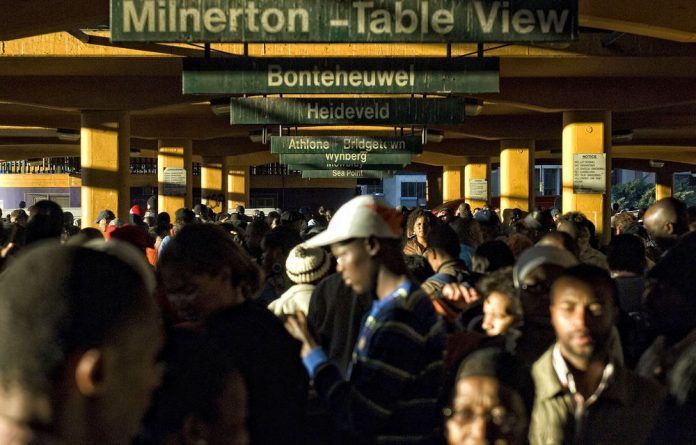 As workers at Transnet and the Passenger Rail Agency of South Africa (Prasa) prepared to reach pay settlements with employers on Thursday, Cosatu’s public sector unions were contemplating declaring a wage dispute on Friday. That would see more than 500 000 government employees downing tools in the next few weeks.

Cosatu president Sdumo Dlamini told the Mail & Guardian this week the federation would announce a date for its planned strike action against Eskom’s high electricity tariffs after its central executive committee [CEC] meeting next week.

And the National Union of Mine Workers (NUM) said this week its Eskom members would embark on strike action from Wednesday to force the parastatal to address all outstanding agreements, including housing allowances, reached during last year’s wage negotiations.

NUM is demanding an 18% wage increase for Eskom workers this year but has insisted that the power utility should settle last year’s wage agreement first.
The planned strike actions by Cosatu and its affiliates are likely to deepen tensions between the labour federation and the ANC. The party’s secretary general, Gwede Mantashe, has questioned the motive behind labour’s high wage demands at Transnet.

Mantashe told delegates attending NUM’s central committee meeting last week that he did not understand why Cosatu transport union Satuwu decided to strike despite Transnet’s offer of an 11% wage increase. His remarks angered Cosatu general secretary Zwelinzima Vavi, who pointed out that the 15% wage increase demanded by Satawu was nothing compared with executive salary increases.

With the public sector wage negotiations due to resume on Thursday, employer and employee representatives appear far from any settlement: labour is demanding an 11% increase backdated to April 1 and the government is offering 5,2% effective from July 1.

Popcru’s chief negotiator Simon Madini said the government has already told labour it cannot afford the union’s demand, which would add R27-billion to its wage bill.

Finance Minister Pravin Gordhan warned during his budget speech earlier this year that because of the decline in tax revenues in recent years the government could not afford the high wage increases demanded by unions. But Dlamini said the unions’ wage demands are justified because of workers’ declining living standards in the past six years. “The finance minister’s comments are very dangerous.

“They undermine collective bargaining and are undemocratic … We thought we had buried the culture of being dictated to by treasury since Trevor Manuel [left as] finance minister. Gordhan cannot perpetuate that culture and the treasury must stop acting like a super ministry.”

Dlamini said Cosatu would launch a Living Wage Campaign in the next two weeks to put pressure on the government and the private sector to better ordinary workers’ salaries. “We are no longer going to allow a situation where senior government officials and company CEOs earn way more than ordinary workers,” he said.

NUM general secretary Frans Baleni said his union would go all out to reduce the salary gap between workers and the employers. “It cannot be that when chief executives get salary increases, we do not look at the CPI, but do so when workers demand salary increases.”

Cosatu is planning to apply greater pressure on Zuma’s government to shift economic policy in line with the ANC’s Polokwane resolutions. The federation has criticised Zuma for failing to move with speed to make changes to the current macroeconomic policies since he took over as the country’s president. Cosatu will release its growth path document after the CEC next week, which is likely to propose steps that the government needs to follow to ensure a successful implementation of the industrial policy.

“The depressing picture painted by joblessness and poverty is among the reasons why labour and the manufacturing sector have joined hands to support the momentum towards an industrial strategy aimed at increasing productivity and restoring the labour-intensive nature of our economy,” Vavi said.

He said the government under Zuma’s leadership has not inspired confidence in the battle against crass materialism and corruption. “Some ministers are driving around with cars worth over R1-million, allowed by the handbook they are moving too slowly to change.”