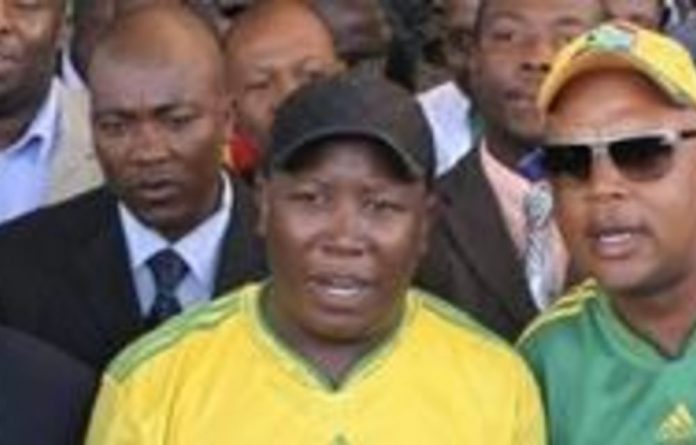 ANC Youth League president Julius Malema was not bitter about being subjected to a disciplinary hearing by the ANC, he told league members in KwaZulu-Natal on Saturday.

“I come out of the disciplinary hearing as a cadre that is not bitter but bolder and stronger,” Malema told delegates at the province’s elective conference.

The ANC also said he had brought the party into disrepute.

Malema was told to pay a fine of R10 000, apologise to the president and was ordered to attend anger management classes.

“Zuma has a right to call anyone of us into order … we will never question the authority of President Zuma,” said Malema, who surprised delegates by changing the controversial lyrics “shoot the boer” to “kiss the boer”.

He said Buthelezi would have declared KwaZulu-Natal a one-party state and would not have allowed members to join other parties.

He also said he saluted the youth of KwaZulu-Natal for reclaiming the province.

“The IFP will never reclaim this province,” said Malema.

In September the ANC would hold its national general council in KwaZulu-Natal. The nationalisation of mines would be part of the discussions.

The league then began the process of electing its leadership in that province.

Lobbying for the top national positions in the league had divided its branches into those supporting Malema, and those who wanted him replaced by his deputy Andile Lungisa. – Sapa