A not so simple twist of faith 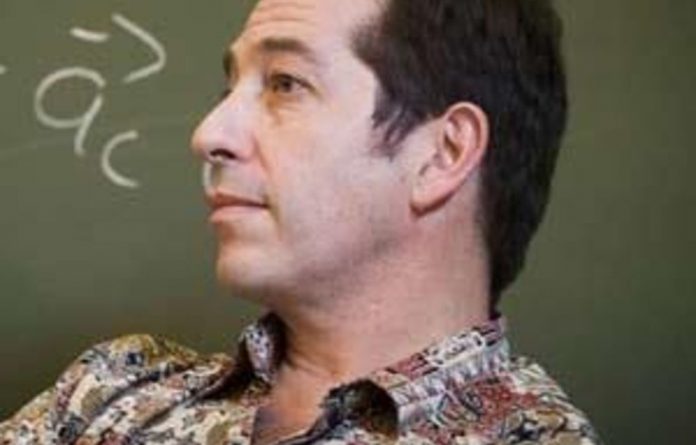 I have been asked repeatedly, and often angrily, over the past week “Why did you do it? Why run a cartoon that you knew would cause such profound anger, and just ahead of the World Cup at that”.

The short answer is I did not expect the reaction to be so intense. Chalk it up to naivety, if you like, but when I first saw the cartoon, around 3pm on the Thursday before publication, I thought “this will ruffle a few feathers”, not “this will ignite a firestorm”.

Zapiro and the prophet: A special report

I would like to think that this miscalculation — however serious — had its roots in something positive: the basic values of the Mail & Guardian, which I share, and those of our Constitution. That is, I believed, and still believe, that our newspaper participates in a challenging, complex process of giving life to a peculiarly South African phenomenon: the ability to live with, even to rejoice in, challenging, sometimes painful confrontations between incommensurable lived experiences and value systems.

Unlike the Danish cartoons published in 2006, or the thoroughly nasty images posted to the Facebook group “everybody draw Muhammad”, this cartoon, it seemed to me, was Zapiro’s careful (by his standards) intervention in the debate about satire and the limits of representation.

I was not a supporter of the Danish cartoons, which were published in a climate of European Islamophobia, as well as racist anti-immigrant sentiment. I could readily understand how Muslims in France or The Netherlands, pushed to the margins of those societies in so many ways, would angrily complain that the newspaper concerned, Jylands Posten, was wrapping itself in a free-speech flag while telling them: you don’t belong here. Many of the cartoons themselves clearly set out to insult — a leering prophet with a bomb in his turban, a row of suicide bombers being turned back from heaven because “we have run out of virgins”.

South Africa, however, is not an Islamophobic country. Islam goes back more than 300 years here and Muslims occupy leadership positions throughout our society, from business and civil society to universities, government and, indeed, the media. There is no question of a burqa ban here, or curbs on minarets.

Politically too, the government is clearly identified with opposition to the Israeli occupation of Palestine, the invasion of Iraq and United Nations sanctions against Iran. The M&G, often with the help of Zapiro, has been even more robust on these issues.

In the context of South Africa, as well as the history of the M&G and of Zapiro, it did not occur to me that a significant body of Muslim opinion would experience the cartoon as an outrageous provocation — an insult to the Prophet heaped on the injury of occupation, racial profiling and invasion.

What my reaction probably lacked was a sense of the connection many local Muslims feel to a global Umma, or faith community, that indeed feels insulted and besieged, and that people who are hypervigilant about where the next attack would come from might struggle to separate the motives of a Jonathan Shapiro from those of the internet bigots.

So, when I weighed, as I do each week, the potential for offence against the value of the satire, the importance of equal treatment for all faith communities and secular readers, and against freedom of expression considerations, I did not give enough weight to the cartoon’s potential for hurt.

This political, rather than theological, background allows me to understand the reaction to the cartoon in my own register, which is secular.

It is in this register that I can understand the hurt caused by the cartoon, and genuinely regret it, as I have insisted all week.

Of course, it is impossible to disentangle here the theological from the political.

At the root of the anger, many commentators have argued, is Zapiro’s breach of the Islamic taboo on representation of the prophets (all of them, including Jesus, Moses, and Noah) which is among other things, a hygienic precaution against idolatory.

But, as other Muslim scholars have pointed out, this ban on representation is far from uniform or absolute.

What is more, those Sharia principles that debar Muslims from making images of the prophet do not, as far as I understand the principles of Islamic law, bind non-believers. If that was not the case, there would be picket lines outside Pick n Pay for selling bacon and wine, and bans on Muslims working there and at banks trading in interest, forbidden by Islam. Muslims in South Africa in their support for the Constitution and petitions for the recognition of Muslim family law, now allowed by the same document, have also made a compact to practise Islam within the framework of a secular order that guarantees justice, equality and freedom for all.

It seems to me then, that the politics of Islam in the world form a short circuit in the theological and legal argument, routing around the complexities of Sharia to form a powerful fusion of religious sensibility and political anxiety.

Despite the heat generated in the process, my overwhelming impression of the week is of robust, sometimes angry, but ultimately productive engagement.

I have spoken at length to readers, to Islamic scholars, both conservative and progressive, and to community leaders representing very diverse shades of opinion on this issue.

That for me is the singular triumph of our system. We live, in South Africa, with a surfeit of monsters. Those born of racist rule are only the most obvious of them. There are gulfs between us that will not be bridged by any amount of rainbow mumbo-jumbo. But we are able to live together in an extraordinarily rich in-between space and sparks can leap across the gap when we are at our most stressed, as some of us have been this week.

I can both feel sorry to have caused hurt, for example, and yet know that the basic editorial and constitutional principles upon which I based the decision to publish are sound.

The world wants simpler answers of us. It wants mad mullahs versus crusading journalists, an unconditional apology or a crude narrative of defiance. I insist, instead, on a complex moment of ongoing critical reflection that lives in an awkward, productive, even liberating relation to these contradictions.

If this sounds willfully paradoxical, it shouldn’t. It is the basic demand of a Constitution structured not just to accommodate difference, or to subsume it in a liberal narrative, but also to give it play in our society.

I can’t imagine a better home for either cartoonist, a newspaper editor, or indeed for the devotees of an extraordinary prophet.