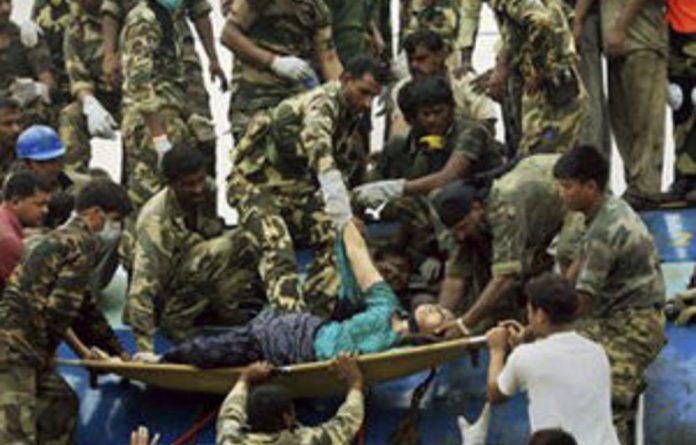 Maoist rebels sabotaged a high-speed train in eastern India on Friday that killed at least 65 people after it derailed and smashed into the path of a goods train, a top Indian police official said.

At least 200 people were injured and the death toll could rise as rescuers continue to free passengers trapped in the wreckage.

“This has been done by the Maoists,” Bhupinder Singh, police chief of West Bengal state where the incident occurred, told reporters. Singh said the Maoists had claimed responsibility. The incident will put further pressure on the Congress party-led government to bring in the military to tackle a four-decade-long Maoists insurgency that has spread across much of rural swathes of eastern and central India.

The crash occurred in an area known to be a stronghold of the rebels. Maoists, who say they are fighting for the rights of the poor and landless and want to overthrow the government, have stepped up attacks in recent months.

“It appears to be a case of sabotage where a portion of the railway track was removed. Whether explosives were used is not yet clear,” Home Minister Chidambaram said in a statement.

Railway Minister Mamata Banerjee had earlier said a bomb had hit the passenger train, derailing it.

“As of now we have got information that 65 dead bodies have been recovered. There may be many more,” Samar Ghosh, Home Secretary of West Bengal state, told NDTV news channel.

Concern for Indian govt
The Gyaneshwari Express, which was going to Mumbai from the eastern metropolis of Kolkata in West Bengal state, was derailed in the state’s Jhargram area at about 1.30am (8pm GMT).

“The cries of women and children from inside the compartments have died down. They [railway staff] are still struggling to cut through metal and bring out those trapped inside,” Amitava Rath, a local journalist at the scene of the crash, told Reuters.

The Maoists have increased attacks this year. In April, 76 police were killed in an ambush in one of the heaviest tolls in years. Prime Minister Manmohan Singh has described the insurgency as India’s biggest internal security challenge.

More than 1 000 attacks were recorded in 2009 and 600 people were killed. The Maoists regularly attack railway lines and factories, aiming to cripple economic activity.

The insurgency has created a sense that India is not fully in control of its territories and increased the risks for mining firms that operate mineral-rich areas controlled by rebels.

Work on a $7-billion steel plant by India’s third largest steel producer, JSW Steel, has been delayed. Frequent rebel strikes have hit production and shipment at firms such as India’s largest miner of iron ore, NMDC’s and state-run National Aluminium.

The Maoists have won some support by siding with villagers battling land seizures by large companies and their attacks are a major distraction for a government wanting to get on its with economic agenda, including fighting high food prices.

“The government will have to react strongly and there has to be a well thought-out strategy, but I don’t see that happening now. It will be usual posturing and if that happens the situation can get worse,” said security analyst Uday Bhaskar.

The Maoists started their struggle in 1967 with a peasant revolt, armed with bows and arrows and some stolen rifles, but have since grown to a militant insurgency armed with automatic weapons, shoulder rocket launchers, mines and explosives.

In March, police suspected their hand in the derailment of India’s most prestigious high-speed Rajdhani Express. Maoists have also taken over trains in past years in a show of strength, holding them for hours.

The decades-old movement is now present in a third of the country. They are mostly spread in rural pockets of 20 of India’s 28 states and hurt potential business worth billions of dollars. – Reuters