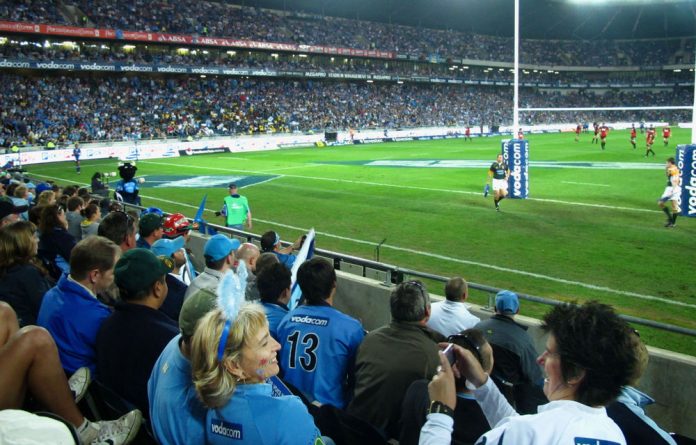 Two watershed decisions, one by the South African Rugby Union (Saru) and one by the International Rugby Board (IRB), have almost overshadowed this week’s Super 14 final between the Bulls and the Stormers.

In a victory for pragmatism and common sense, the Springbok team to play Wales in Cardiff next week will feature six overseas-based players. After six years of pussyfooting around the issue, Saru has finally acknowledged that seeking a better wage in the northern hemisphere is not a treasonable offence.

And after talking a good game for a decade or more, the IRB has reinstated the old-fashioned international tour to the rugby calendar. From 2012, the likes of England, France and Ireland will play three-Test series during the June international window. They will also play midweek games against the provinces and that, in itself, is the greatest reason to blow a vuvuzela this week.
Bulls and Stormers supporters will challenge that assertion but when the dust has settled on this week’s showpiece at the Orlando Stadium, we will all have reasons to be cheerful, no matter which side prevails.

On a purely parochial level, the final proves beyond doubt that South Africa is currently the leading rugby nation in the world. But the decisions by the respective governing bodies suggest that intelligent people with the best interests of rugby at heart inhabit the corridors of power. Blow a loud vuvuzela.

Just eight of the match 22 to play Wales come from the Bulls and Stormers and Springbok coach Peter de Villiers will be sitting in the stands hoping fervently that the Super 14 final does not take a serious physical toll. That’s because his team to play France in Cape Town a week later is likely to be unrecognisable from the one to play Wales. Back will come the Matfields, Du Preezs and Burgers, win or lose in Cardiff.

Once the international season gets underway, and with it the Soccer World Cup, the achievements of our franchises in the Super 14 will be set aside. So it is worth pausing to pay respect to the two sides that finished first and second on the log.

The Bulls have grown accustomed to living in such rarefied atmosphere, but the Stormers have been to the semifinals just twice before and never to the final.

Along the way both have proved that the much-maligned South African tactic of kick and chase is no longer pre-eminent, although a version of it served to dispatch the Crusaders in Soweto last week.

Bulls coach Frans Ludeke encapsulated the occasion when he said: “It’s almost not important that both teams are from South Africa, but that the two best sides remain standing. The fact that there is now a local flavour makes it exciting.”

He went on to point out: “The rules have changed, the games have taken on a different shape and there are different focal points in all the matches we have played. Saturday is a new opponent that offers new challenges and it will require us to adapt and use new tactics.”

Upon that theme, the high ball should be a rarity in the final, for the Stormers’ back three are safe catchers and inspired counter-attackers. The Bulls will probably rely far more on carrying the ball among their mighty forwards than was the case against the Crusaders.

Stormers’ captain Schalk Burger understands that his side is entering uncharted waters. “The Bulls have played in a lot of finals and know how to win them. They’ve been the pacesetters in both the Super 14 and Currie Cup for some time. They’ve dominated opposing teams, but we are getting there. We have a solid set piece, a fantastic kicking game and there’s something special about our ball-in-hand approach in the back line.”

He’s right there. Jacques Fourie’s wonderful try against the Crusaders and Juan de Jongh’s against the Waratahs in the semifinals will both live long in the memory. Fourie’s was a familiar blend of power and pace, whereas De Jongh’s was almost a throwback to an earlier, simpler time, when the sidestep was regarded as more important to an inside back’s play than his tackle count.

Finals, unfortunately, rarely take the course of last year’s at Loftus, where the Bulls simply ran the Chiefs ragged, certain in their own minds that expansion rather than contraction would win the day. And so, of course, the final is likely to be determined by the nervous tension inhabiting the kicking boots of Morné Steyn and Peter Grant.

Steyn has proved his credentials in the past 18 months, although Grant, despite becoming a Springbok two years earlier than his opponent, is still regarded as not quite the finished article.

Interestingly enough, both were forced to serve long apprenticeships at their provinces at inside centre before being allowed to move to their preferred positions.

For Grant and Steyn to dominate the scoring, penalties will need to be given away in kickable range. It will be the power of the Bulls against the wit of the Stormers at the breakdowns and then, most crucial of all, referee Craig Joubert’s opinion on the saints and sinners therein.

Spare a thought for the man in the middle amid the hurly-burly of what promises to be a great occasion in Soweto.