LOC: We have delivered 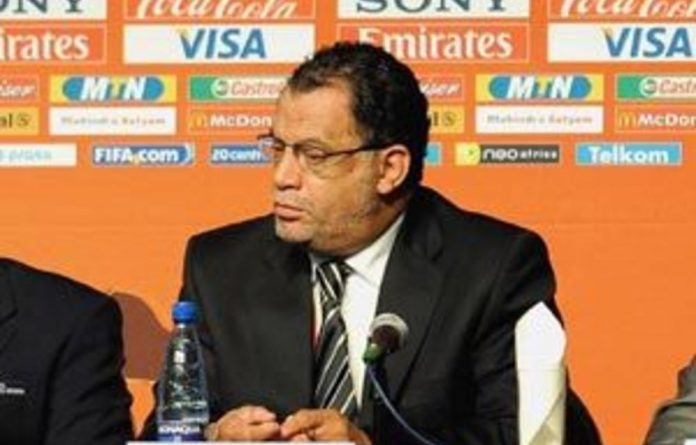 The Soccer World Cup would bring South Africans together to create the kind of country that Nelson Mandela would have wanted, Danny Jordaan said on Tuesday.

Jordaan, the CEO of the Soccer World Cup local Organising Committee (LOC), promised the event would be “an intense emotional experience”.

‘Coming together’
“You saw the Blue Bulls in Soweto … they arrived there with their Blue vuvuzelas, it’s about our people coming together,” he said.

Speaking at the Sandton Sun hotel in Johannesburg after the final board meeting before the tournament, LOC chairperson Irvin Khoza said the LOC delivered its promises to Fifa.

“Today I am confident that we have created history … what we promised, we have delivered,” said Khoza.

“We have delivered stadiums required by Fifa on time, four months before the event … we have been fully compliant … we have come up with stadia that’s a piece of art.

“We have managed to balance perspectives for Africa where people were saying that it was a mistake for Fifa to give us the World Cup.”

All targets met
Jordaan said that the targets for airports, roads and infrastructure have all been met.

“The experience the fans would have with South African people will enable you to see celebrations of joy … after the last board meeting we can look back and say that you will enjoy this World Cup,” he said.

“This is as a result of the spirit and commitment of [Bafana Bafana] and the complete turnaround of doubters who are now believers.”

Fifa president Sepp Blatter joined the start of the board meeting which was also attended by the chairperson of the Fifa World Cup Organising Committee, Issa Hayatou and Fifa secretary general Jerome Valcke.

One of the topics of the meeting was the much anticipated opening ceremony which will have a cast of over 2000 people and has been billed as “welcoming the world home”.

Only ticket holders to the opening match between Bafana and Mexico on June 11 will be allowed access to the opening ceremony at Soccer City in Johannesburg, which will be broadcasted live to viewers around the world.

Measures to ensure minimal traffic problems to the stadiums have also been discussed with municipalities.

“We are working to ensure that the level of service we provide will be at the highest level, we will potentially open the gates earlier,” he said.

Valcke said it took at least 35 minutes for the Peter Mokaba stadium in Polokwane to fill up at Monday’s game between Bafana Bafana and Guatemala.

Vuvuzela here to stay
“We must start this World Cup with a full stadium.”

Jordaan said that the vuvuzela was also here to stay.

“[It] is an international instrument now … just the other day, someone in Germany told me that at a certain pharmacy, if you spend €10 or more, you get a free vuvuzela.”

He said spectators would be asked not to blow their vuvuzela’s during national anthems and important speeches.

“Other than that, it’s going to be part of the World Cup, and I hope you enjoy it,” he said.

Valcke said there would be an LOC meeting after the tournament.