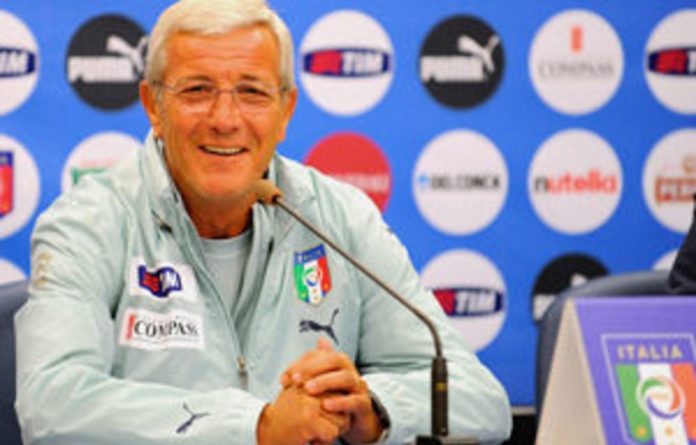 Coaches finally put Soccer World Cup hopefuls out of their misery on Tuesday when they named their final squads for the tournament, shattering some dreams while also handing out the opportunity of a lifetime.

England winger Theo Walcott, surprisingly called up for the 2006 tournament aged 17, was unexpectedly left at home this time when Fabio Capello cut his squad to 23 players on deadline day.

While there were no shock omissions on Tuesday, several ageing big names from previous World Cups had already been cast aside including Netherlands striker Ruud van Nistelrooy, France midfielder Patrick Vieira and Brazil playmaker Ronaldinho.

Injuries have also robbed the tournament of the likes of Ghana’s Michael Essien and England’s David Beckham.

“It’s always sad when you have to tell seven players they have to go home. It’s not the best part of a manager’s job but it has to be done,” a glum-looking Eriksson said after naming his squad for the June 11-July 11 tournament in South Africa.

“From what I have seen of the players, they are all extremely well educated, happy people and they took it as men with style.”

Tough choices
While most rejected players had other despondent team mates to commiserate with, Germany defender Andreas Beck had to cope with being the only man axed from their list.

Coach Joachim Loew’s preliminary squad had already been reduced to 24 because of injuries to players such as captain Michael Ballack.

“This decision is indeed very difficult because simply you are sending home a player who had hopes of playing in the tournament and always dreamed of the World Cup,” Germany team manager Oliver Bierhoff told reporters before the announcement.

Cameroon striker Samuel Eto’o endured a night to forget after being sent off in the first half of a 3-1 defeat by fellow finalists Portugal.

Eto’o saw red for a second booking days after responding angrily to criticism of his performances for the national side from former national team mate Roger Milla.

The Netherlands seem to be hitting form at the right time. The Dutch followed up last week’s 2-1 victory over Mexico by thumping World Cup-bound Ghana 4-1 with goals from Dirk Kuyt, Rafael van der Vaart, Wesley Sneijder and Robin van Persie.

While coach Bert van Marwijk could justly feel satisfied, there was cause for concern from Switzerland coach Ottmar Hitzfeld whose side were jeered off after losing 1-0 to Costa Rica, their third successive home friendly defeat.

Australia were leaving it late to finalise their squad, clearly hoping to find some answers during a 1-0 friendly win over Denmark in Roodepoort, South Africa, on Tuesday.

A second-half goal from striker Josh Kennedy secured the victory and coach Pim Verbeek was pleased with the performance even though they spent much of the match on the back foot.

“We still need time to adjust to the altitude,” he said.

France continued their unusual preparations with a mountain bike ride on the French Indian Ocean island of Reunion, with forward Nicolas Anelka surviving a scare after losing his balance and falling off on a slippery road.

Their other team-bonding exercises have included a glacier hike and a dune buggy race, in which defender William Gallas rolled his vehicle over and grazed his hand.

“As far as I am concerned, we can lose all three group matches as long as we play entertaining football to please the crowds and get them on their feet,” he told Slovenia’s Ekipa.

There will be plenty of fans to entertain in South Africa, with world soccer’s governing body Fifa saying the number of seats available had jumped by 100 000 to more than three million and 97% of those will be sold.

“We are getting closer and closer to the best World Cup ever in terms of ticketing which was USA in 1994,” Fifa Secretary-General Jerome Valcke told a news conference.

Whether it is the best World Cup remains to be seen but it could well be the noisiest after organisers said there would be no curbing of the raucous vuvuzela fan trumpets despite earlier concerns their din could drown out emergency announcements.

The trumpets sound like a herd of charging elephants but after testing noise levels at the Soccer City stadium in Johannesburg when it was almost full they are here to stay. — Reuters

The Indomitable Lions’ class of 1990 put Africa on the international football map with their showing in Italy, where they stunned the world champions. But they have since gone backwards. Why?
Read more
Africa