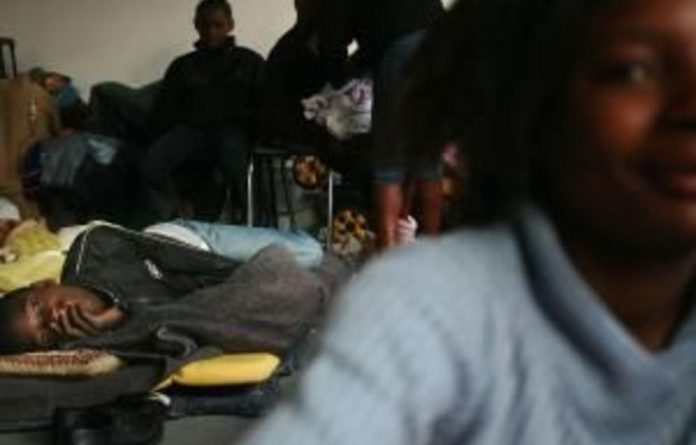 Cabinet ministers have spent some time this week worrying about the damage that may be done to South Africa’s reputation if service delivery protests break out – and especially if xenophobic attacks take place – during or soon after the Soccer World Cup.

To try to head this off, the Cabinet decided to re-establish an inter-ministerial committee (IMC) to deal with incidents and threats of attacks on foreigners.

“The IMC will liaise with civil society structures to ensure that a country-wide approach is adopted to prevent any form of violence against anyone,” Cabinet spokesperson Themba Maseko said on Thursday.

“Government would like to re-iterate that any attacks are totally unacceptable and will not be tolerated. The law enforcement agencies will not hesitate to act speedily and decisively against anyone found to incite or participate in violent acts against foreign nationals.”

The IMC will be convened by the Minister of Police and will include the Ministers of Home Affairs, Social Development, State Security, Basic Education, Cooperative Governance and Traditional Affairs, Arts and Culture as well as International Relations and Cooperation.

The two-week explosion of violence in May 2008 left 62 people dead and thousands homeless.

There have been reports that another wave of violence could occur after the tournament. Earlier this year the Consortium for Refugees and Migrants in South Africa released a press statement to voice concerns that “a month from the opening match of the World Cup, threats are mounting of further mass xenophobic violence once the event is over”.

Bafana promote nation-building
The ministers — at their fortnightly meeting in Cape Town — spent most of their time discussing World Cup related matters, in particular welcoming the announcement of the Bafana Bafana squad, and praising the efforts of the coach Carlos Alberto Parreira to improve the team’s performance.

“Government is pleased to note that the 2010 Fifa World Cup, and Bafana Bafana’s performance in particular, is already playing a key role to promote nation building,” said Maseko. “South Africans from all walks of life are wearing shirts and other regalia to support Bafana Bafana every single day, especially on Fridays.

“Cars on most of our roads are visibly sporting the national flag with pride and we are also pleased to see millions of schoolchildren wearing the Bafana Bafana shirts and learning the diski dance in their school yards.”

Maseko however harsh words to say for the people of Cape Town.

The government has planned a host of events ahead of the tournament. Deputy President and Acting President, Kgalema Motlanthe will receive the World Cup trophy from Sepp Blatter at the Union Buildings on Friday morning ahead of the last meeting of the IMC before the tournament.

“The Presidency will also host a ‘Football Friday’ event at the Union Buildings to mark the culmination of the successful campaign to mobilise the nation to support Bafana Bafana and to become excellent hosts during the World Cup,” Maseko said.

“Ministers, deputy ministers and LOC dignitaries will participate in football matches at the Union Buildings as part of the celebrations for the hosting of what promises to be the best World Cup ever.”

President Jacob Zuma will host a joint pre-kick-off media briefing with Sepp Blatter at the presidential guesthouse in Pretoria on Sunday morning.

The Department of Sport and Recreation will host a dinner to officially welcome all the dignitaries from around the world.

Maseko also said that special measures have also been put in place to ensure that children and women are protected from violence and abuse during the tournament.

These measures include: arts and culture activities; safety awareness in schools; and 21 sports festivals in various parts of the country supported by Unesco.

In addition, social workers will be deployed in all the public viewing areas and in host cities to monitor and deal with cases of abuse of any kind. – I-Net Bridge