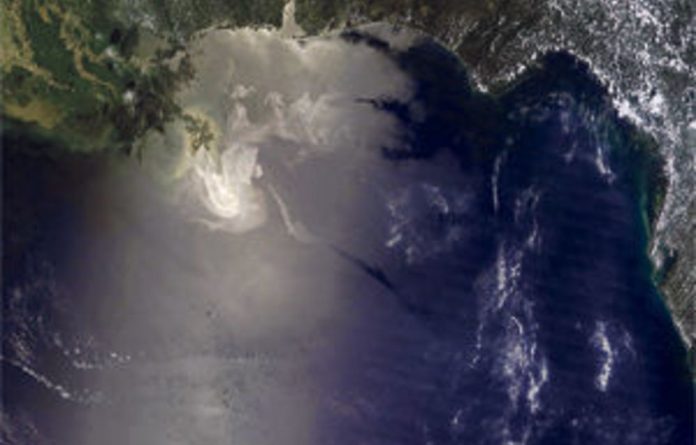 Big Oil is holding its breath. BP’s shares are in steep decline after the debacle in the Gulf of Mexico.

United States President Barack Obama, the American people and the global environmental community are outraged and now the company stands to lose the rights to drill for oil in the Arctic and other ecologically sensitive places.

The gulf disaster may cost it a few billion dollars, but so what? When annual profits for a company often run to tens of billions, the cost of laying 8 000km of booms, or spraying millions of gallons of dispersants and settling 100 000 court cases is not much more than missing a few months’ production. It’s awkward, but it can easily be passed on.

The oil industry’s image is seriously damaged, but it can pay handsomely to greenwash itself, just as it managed after Exxon Valdez, Brent Spar and the Ken Saro-Wiwa public relations disasters.

In a few years’ time this episode will probably be forgotten — just another blip in the fortunes of the industry that fuels the world. But the oil companies are nervous now because the spotlight has been turned on their cavalier attitude to pollution and on the sheer incompetence of an industry that is used to calling the shots.

Big Oil’s real horror was not the spillage, which was common enough, but because it happened so close to the US. Millions of barrels of oil are spilled, jettisoned or wasted every year without much attention being paid. If this accident had occurred in a developing country, say off the west coast of Africa or Indonesia, BP could probably have avoided all publicity and escaped starting a clean-up for many months.

It would not have had to employ booms or dispersants and it could have ignored the health effects on people and the damage done to fishing. It might have eventually been taken to court and could have been fined a few million dollars, but it would probably have appealed and delayed a court decision for a decade or more.

Big Oil is usually a poor country’s most powerful industry and is generally allowed to act like a parallel government. In many countries it simply pays off the judges, the community leaders, the legislators and the ministers and it expects environmentalists and local people to be powerless. Mostly it gets away with it.

What the industry dreads more than anything else is being made fully accountable to developing countries for the mess it has made and the oil it has spilt in the forests, creeks, seas and deserts of the world. There are more than 2 000 major spillage sites in the Niger Delta that have never been cleaned up; there are vast areas of the Colombian, Ecuadorian and Peruvian Amazon that have been devastated by spillages, the dumping of toxic materials and blowouts.

Rivers and wells in Venezuela, Angola, Chad, Gabon, Equatorial Guinea, Uganda and Sudan have been badly polluted. Occidental, BP, Chevron, Shell and most other oil companies face hundreds of outstanding lawsuits. Ecuador alone is seeking $30-billion from Texaco.The only reason oil costs $70 to $100 a barrel today, and not $200, is because the industry has managed to pass on the real costs of extracting the oil.

If the developing world applied the same pressure on the companies as Obama and the US senators are now doing and if the industry were forced to really clean up the myriad messes it causes, the price would jump and the switch to clean energy would be swift.

If the billions of dollars of annual subsidies and the many tax breaks the industry gets were withdrawn, and the cost of protecting oil companies in developing countries were added, then most of the world’s oil would almost certainly be left in the ground. —