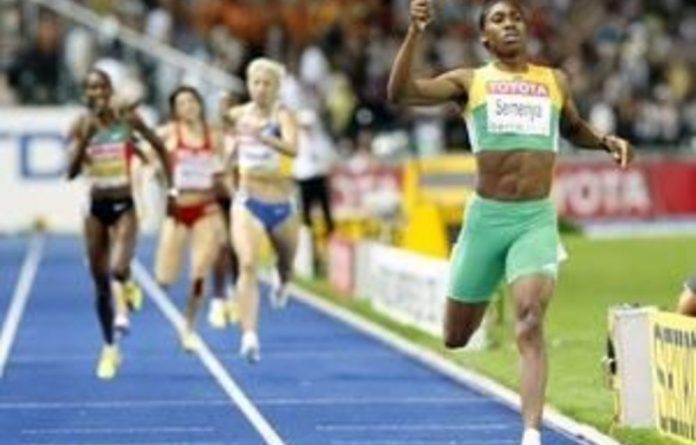 Semenya (19) has not run competitively since undergoing gender tests at the Berlin world championships last August.

The public relations company organising the briefing said it had been told to cancel it, but the ministry furnished no reasons for the move.

“We were just informed by the Sports Ministry that the press conference has been cancelled. It didn’t provide any reason. I’m not sure if it will release a statement today [Thursday] or tomorrow,” said Lunice Johnston, media executive at PR company Siyenza.

The Sports Ministry was not immediately available for comment.

Semenya’s return to competitive athletics was delayed last month after her comeback event in Zaragoza, Spain, was cancelled.

Athletics South Africa (ASA) has made clear Semenya is not banned from competition but said she must wait for the results of her tests from the International Association of Athletics Federations (IAAF).

Her lawyers said in April that the tests proved she could run as a female.

Asked to comment on South African television reports that Semenya had been cleared, her agent, Jukka Harkonen, told Reuters on Wednesday by telephone from Jyvaskyla, Finland: “I cannot say anything”.

Semenya came to attention last year with her rapid improvement over 800m, and her winning time in Berlin of one minute 55,45 seconds was the fastest of 2009.

Australia’s Daily Telegraph, citing an unnamed source, reported last September that Semenya was a hermaphrodite with both male and female sexual organs.

South Africans reacted angrily to the case at the time and the African National Congress denounced the IAAF and ASA for their handling of the matter. — Reuters