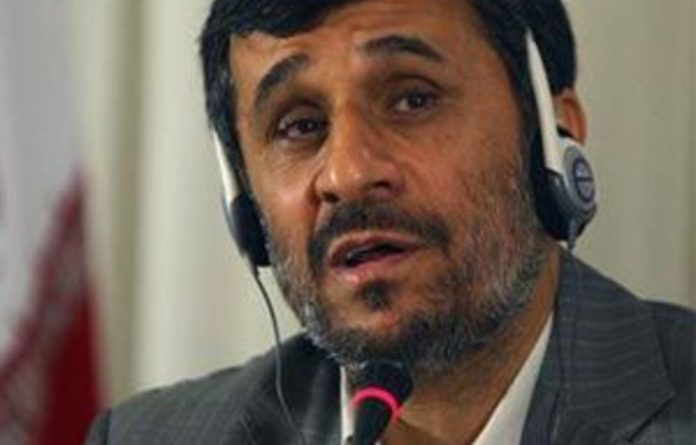 The United Nations imposed a new slate of sanctions on Iran on Wednesday in an attempt to force it to comply with international demands over its nuclear programme — even though Tehran has insisted punitive measures will not change anything.

The UN Security Council approved resolution 1929 authorising the sanctions. Twelve countries voted in favour — including crucially all five permanent members, Britain, China, France, Russia and the United States. Brazil and Turkey voted against, saying sanctions would not have the desired effect. Lebanon abstained.

The new measures include financial curbs, an expanded arms embargo and warnings to UN member states to be vigilant about a range of Iranian activities. Companies and individuals are named in detailed annexes to the resolution. Iran’s national shipping company is specifically targeted, as are entities controlled by the powerful Revolutionary Guards, the backbone of the Islamic regime.

“This council has risen to its responsibilities. Now Iran should choose a wiser course,” US ambassador Susan Rice told the council after the vote.

The sanctions, the fourth since 2006, fall far short of the crippling measures the US had said it was seeking — though Hillary Clinton, the US secretary of state, has still called them “the most significant sanctions that Iran has ever faced”.

Russia and China, who have a permanent veto like the US, Britain and France, refused to support sanctions that targeted Iran’s crucial energy sector or would adversely affect ordinary people.

The US and EU are making clear that they still wish to engage with Iran on the nuclear issue but are insisting it stop enriching uranium, which it is feared could be used to build nuclear weapons and is not intended for the peaceful ends claimed by Iran.

Necessity
The sanctions are being described in Washington and London as a necessity and not a choice in the light of Iran’s failure to engage. The US, Britain and other Western countries reacted indifferently to a recent nuclear fuel swap negotiated by Turkey and Brazil, saying it was not serious and did not halt uranium enrichment.

The UN’s nuclear watchdog, the IAEA, said this week that Iran was a special case because it had not answered key questions about its programme and because military intentions could not be ruled out.

Three previous rounds of sanctions have blocked trade in sensitive nuclear material, frozen the financial assets of those involved in nuclear activities, banned Iran’s arms exports and encouraged scrutiny of the dealings of Iranian banks.

The latest sanctions do refer to Iran’s energy sector as a source of financing for the nuclear programme, language that Western countries are likely to use to impose further sanctions nationally or multilaterally through the EU.

Diplomats point out that these are the first sanctions imposed since last June’s disputed presidential elections, which brought mass protests against the government of President Mahmoud Ahmadinejad and discredited the supreme leader, Ayatollah Ali Khamenei. The hope is for a psychological shock that will increase the cost of continuing to ignore international demands. — guardian.co.uk