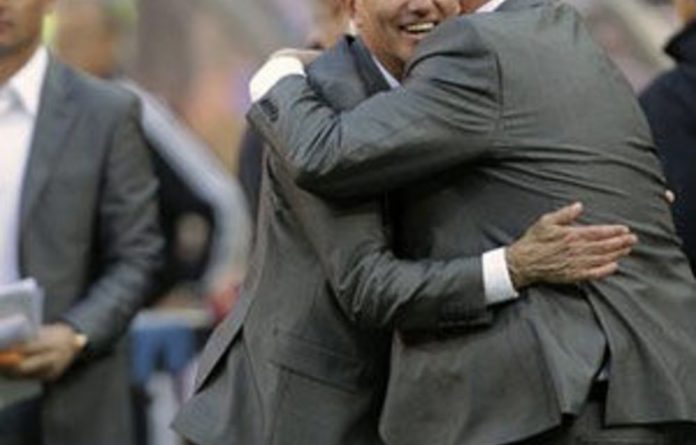 The Netherlands needed a lucky own goal and a late strike by Dirk Kuyt to get their World Cup campaign off to a winning start with a 2-0 win over Denmark in their Group E match at Soccer City on Monday.

They took the lead just after halftime when Denmark defender Simon Poulsen’s misdirected header from Dutch striker Robin van Persie’s cross hit the back of fellow Dane Daniel Agger and went into the net for the first own goal of the tournament.

Forward Dirk Kuyt put the game beyond Denmark in the 85th minute when he followed up to tap home after Eljero Elia had hit the post following a through ball by Wesley Sneijder.

Denmark, who have not beaten the Dutch, apart from a penalty shoot-out victory in Euro 92, for 43 years, rarely looked like scoring in a match that never really lived up to expectations.

Although the nature of the own goal was fortunate for the Dutch, they probably deserved what luck was going after being more enterprising for most of a largely poor first half.

The Danes seemed content to sit back and soak up what was thrown at them — which was actually very little. Van Persie and Rafael Van der Vaart created a couple of half-chances that hardly drew gasps from the vuvuzela-blowing fans, while the Danes were just as ineffective on their forays.

The nearest they came to a goal was when Nicklas Bendtner, surprisingly named to start after recovering from a groin injury, sent a header wide after 27 minutes, his last notable contribution before going off after an hour.

The Dutch continued to dominate possession and got their just reward when Kuyt pounced near the end. They then almost made it 3-0 but Ibrahim Afellay’s effort was acrobatically cleared off the line by Simon Poulsen.

Japan and Cameroon meet in the second Group E match in Bloemfontein at 2pm GMT. – Reuters