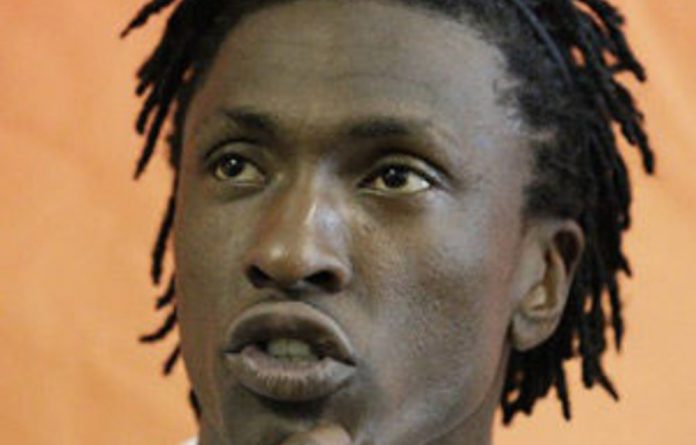 Nigeria are keeping everyone guessing about their plans for the World Cup Group B match with Greece on Thursday, training in seclusion on the Indian Ocean coast since their defeat by Argentina.

Both sides desperately need points from the clash in Bloemfontein’s Free State Stadium to keep alive their hopes of reaching the second round. The omens do not favour the Greeks.

Nigeria have largely kept their own counsel at their camp at Richards Bay north of Durban, founded as a British army base for their campaign against the Zulus in the 19th Century.

The Super Eagles could take some encouragement from Saturday’s 1-0 defeat against an adventurous Argentina side in Johannesburg, a game lit up by Lionel Messi.

Nigeria goalkeeper Vincent Enyeama made a series of excellent saves, a stubborn defence helped keep the score down, and the attack caused the South Americans sporadic problems.

Fortunately, fullback Taye Taiwo recovered quickly after being taken off injured and resumed training on Sunday.

Nigeria’s Swedish coach Lars Lagerback will have to decide whether to stick with Chinedu Obasi on the right side of the attack, after he started promisingly but tired quickly and was replaced by the experienced Peter Odemwingie on the hour.

Although a perennial powerhouse in African soccer, Nigeria have struggled to blend seasoned veterans with the younger generation. Lagerback was appointed in February after Shaibu Amodu’s sacking but has only worked with the players since May.

However, they can count on the support not only of the many Nigerians in South Africa but also across a continent dreaming of an African triumph in the first World Cup it has hosted.

All four of Nigeria’s World Cup wins have been against European opposition including a 2-0 win over Greece in 1994.

No lapses
For the Greeks, the fact a side built on solid defence let its guard down in a 2-0 defeat by lively South Korea in Port Elizabeth on Saturday is a worry. Coach Otto Rehhagel has warned his players they cannot afford another lapse in concentration.

“We have got to examine the last match very carefully and then we will try to improve in a very sober manner and learn our lessons,” the 71-year-old German said.

“Basically, we played into our opponents’ hands from the seventh minute [when Korea got their first goal].”

Greece have yet to score at a World Cup and failure to do so against Nigeria would leave them staring elimination in the face ahead of their last group game against Argentina.

Striker Dimitris Salpingidis said they would not discard their defensive tactics for a more attack-minded approach.

“We have shown in big matches in recent years that we always have a compact defence and we play with fast counterattacks and that’s what we must do again,” he told a news conference.

Rehhagel is likely to make several changes, adding some muscle with centre back Socratis Papastathopoulos and Sotiris Kyrgiakos, a rugged defender who can come forward to provide a bigger obstacle for the powerful Nigerians.

Greek supporters back home, already suffering from a financial crisis, are calling for the head of Rehhagel, who led the team to an unlikely triumph at the 2004 European championships.

Nonetheless, in Bloemfontein, the Hellenic community is preparing to give the squad a big welcome. – Reuters