West: A skeleton on your coast 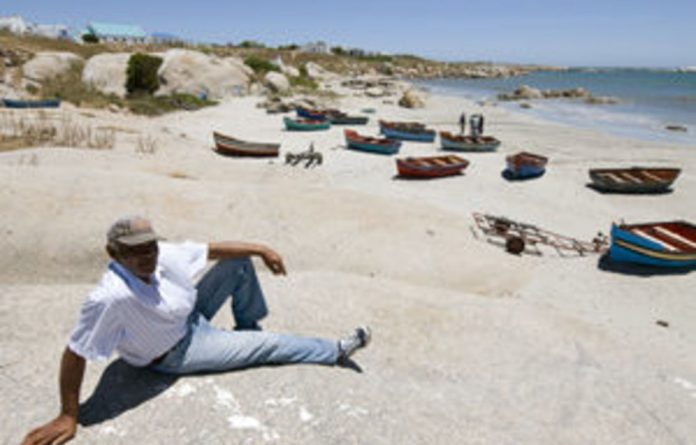 ‘I’m amazed you even found us,” says Michelle, head chef, waitress, owner and cleaner of the Honnehok Café. “The only visitors we usually get are people who have had family in the area for generations.” The view from this white-washed wooden shack was enough to make me curse my own lack of South African genes. A former resident, I thought I knew the country intimately, but I’d never been here.

This tiny dorp of a few hundred fisherman and their families is called Hondeklip Bay. The café is its only dining-out option and I was grateful to be served a mountain of hake, chips and salad, overlooking a perfect round bay and the thrillingly dark blue of the Atlantic.

It was incredible to think that despite the unmarked sand roads my Land Rover had been wobbling down for the past 50km, I was still barely five hours’ driving time from Cape Town. This is the West Coast of South Africa and, as I was fast discovering, a road trip here is a journey into the unknown and an education in traditional ways of living.

Three days earlier I took the long road north from Cape Town. Clouds hid Table Mountain on my departure, but the skies cleared as the city melted away and was replaced by kilometre upon kilometre of broccoli-green fynbos fanning into the far distance like a worn carpet.

After passing through the West Coast national park, I pulled into the fishing village of Paternoster for lunch. Popular with weekending Capetonians, it’s a charming working village with tiny corrugated tin-roof cottages. I lunched on fresh angelfish at the beach restaurant Voorstrand, where the bill refused to edge over R170, no matter how many piles of fish, salad and rice I ordered.

As the heat increased, I drove into the hazy area between the Western and Northern Capes. Vehicles that were not farming trucks all but vanished. Tourism infrastructure here is little advertised and little frequented.

Many South Africans are either totally unaware of the raw power of the landscape or are put off by outdated notions that the region is “out of bounds” because of mining behemoths such as DeBeers, which cordoned off huge swaths of the coast until very recently. The diamonds are now all but gone and this wilderness is almost completely open for the first time since the 1940s.

After a night in a large self-catering cottage in Lamberts Bay, another fishing village with an island at the end of the harbour wall that some 18000 noisy gannets call home, and another fine lunch with Michelle in Hondeklip Bay, I hit the surreal little town of Kleinzee.

Enormous sandhills created by the search for diamonds surround the town and the fierce heat means the landscape is stripped down to the most basic elements of sea, sand and scrub. It’s not the conventional beauty of the winelands further south, but there’s an immense beauty to it.

I drive past the deathly quiet former mining fields back to the two-thirds empty town, its one supermarket almost devoid of goods. Yet only 15km outside lies an oasis of noise and colour. The Houthoop Guest Farm has charmingly rustic cabins, aviaries, a giant plunge pool and a boho dining room and bar built by Veronica van Dyk and her husband.

After a huge meal of sheep tails, ostrich and crayfish, I retire to the bar where a motley collection of visitors tell old Boer War jokes and drink shots of a local mampoer, so strong that a coil of barbed wire is wrapped around every bottle.

The final frontier before the Namibian border lies just inland of the West Coast. The Richtersveld national park is an immense expanse of quartz, granite and dolomite-littered moonscape, with crenulated peaks jutting sharply into vast skies. Solitary pitchfork-shaped quiver trees stand like sentries on the hillside and lichens crouch in tiny clusters on the dry scrub floor. Leopard live here, but mostly it is just me and the empty, haunting landscape.

This area is also, incredibly, home to the hardy Nama people. Within the Richtersveld are a number of tiny villages, where these descendents of San bushmen, traditionally nomadic, survive as sheep and goat farmers. Surreal drawings on rocks, which may be anything from 200 to 10 000 years old, are thought to display visions experienced by Nama people when in a state of trance brought about by shamanic healing dances.

With a park ranger taking the wheel (contact the park for details), I am driven to one of their traditional matjieshuise (huts). Miles from the Nama village of Kuboes, it is a small dome-shaped shelter built out of rush mats. The farmer who lives here is out, but at the encouragement of my tour guide I leave a note outside his tent complimenting him on his thriving tiny allotment and asking how on earth he makes anything grow. It feels like flinging a message in a bottle into the ocean.

Diamonds may have made their mark on this far corner of South Africa in the 20th century, but the beauty, and the extremity, of life here has never really been altered. This untamed land will become only wilder, quieter and more remote than ever. —

There is shit in the Hennops River: ‘No way you can call this water’