Rooney: It’s how you finish, not how you start 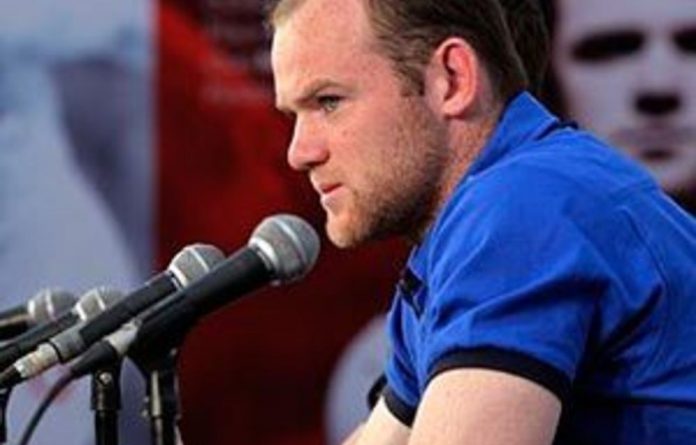 Wayne Rooney has vowed to achieve redemption for his red-card exit from the last Soccer World Cup by firing England into the knockout stages of this tournament.

The Manchester United striker failed to do himself justice in Germany, where he was not fully match fit following an accelerated pre-tournament rehabilitation from a broken metatarsal bone.

Having failed to score in four appearances, Rooney departed the tournament in disgrace, his frustration over his own and England’s under-performance culminating in a stamp on Portugal’s Ricardo Carvalho in a quarterfinal England were to lose on penalties.

This time, Rooney insists he is firing on all cylinders, despite some end-of-season niggles, and ready to deliver the goals England require to put their campaign back on track following a 1-1 draw with the United States in their Group C opener.

Rooney (24) is confident England will beat their other group opponents, Algeria, whom they face in Cape Town on Friday night, and Slovenia, and is also bullish about his own chance to be one of the tournament’s major stars.

“I feel a lot more comfortable and more positive this time than in Germany,” Rooney said. “With the last World Cup, I didn’t train with the lads beforehand, and didn’t play in any of the warm-up games because of my injury.

“I got thrown straight into a few games and you know you are not match fit.

“I’ve sort of forgotten about the last World Cup now and I’ve moved on. What drives me on is trying to win for England and trying to do well at world level. That’s a great drive for any player.

“What Maradona did in 1986 and Pele did in three World Cups. They are the two stand-out players who have taken the World Cup by the scruff of the neck and virtually won it single-handed. You look at those two and if you can do half of what they achieved, then that would be great.”

‘I’ll play wherever the manager wants me to play’
Rooney goes into this tournament on the back of a 33-goal campaign for Manchester United and his record for England, for whom he generally plays in a more withdrawn role than has been the case for his club this season, is highly respectable: 25 goals in 61 internationals.

His last goal for his country came in last September’s 5-1 rout of Croatia and it is telling that England have not really produced a totally convincing performance since that night at Wembley.

“The fact I’ve not scored for England for a while is not really a concern,” said Rooney, who did find the net last week with a well-taken volley in England’s final warm-up match against local club Platinum Stars.

“I’d like to score. As a forward you want to score goals. I don’t mind not scoring if we win. But I know for us to win, it will be more or less down to me to score the goals — whether it is now or later in the competition.”

Rooney’s success playing on the shoulder of the last defender this season has led to speculation he may no longer be completely comfortable playing alongside Emile Heskey, whose scoring rate for England is poor but does generate openings for forwards playing alongside him.

“I will play wherever the manager wants me to play,” Rooney added. “Throughout the qualifying campaign, it worked really well with myself and Emile, so if that is how he wants to play, I am happy with that.

“But I feel comfortable whether with a partner or on my own.”

Rooney believes too much has been read into England’s display against the United States, who were gifted their equaliser by an error by goalkeeper Robert Green. “If you look at the Italians, four years ago they won the tournament, and it showed how things can quickly turn around,” Rooney said. “In the group stages of the tournament they did not have the greatest results and were on the brink of going out.

“But, with any tournament, it is how you finish and not how you start. Overall, a draw was not a bad result against the United States although we were obviously looking for the win.

“It means we have to win the next game and we are looking in good shape to do that. We will be fine. If I am being honest, I think we will win our last two games and end up being top of the group.” — Sapa-AFP