Legacy of ’76 is for rich and poor 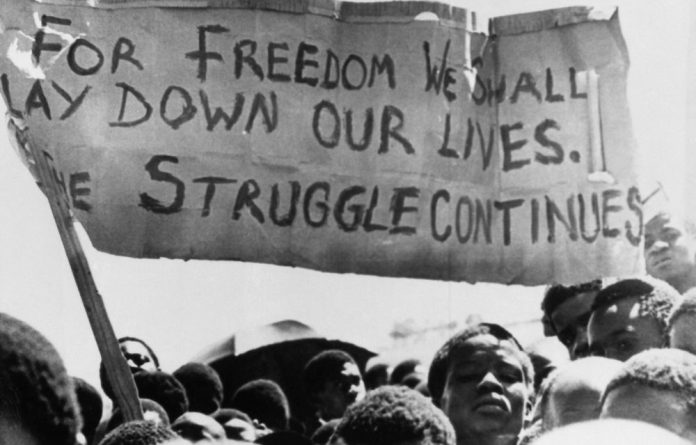 Two years ago on June 16 a hitherto almost unknown young man entered the political stage when, in an emotional moment, he exclaimed: “We are prepared to take up arms and kill for Zuma.”

The words, which sent shivers through society, were uttered at a Youth Day rally in Thaba Nchu in front of President Jacob Zuma, who kept quiet, leaving other South Africans to get up in arms about the remark.

Among the outraged reactions was a concern that the statement would erode the historical significance and dignity of June 16.

This year the day has passed so quickly we barely noticed.

Even Julius Malema, the ANC Youth League president and the man who has since then become a national spectacle and the most reviled individual, emphasised his priorities this week when he made it clear that he would go to the Northern Cape for a Youth Day rally but rush back to Johannesburg in time to attend the Bafana Bafana game on Wednesday night.

In truth, even given his blasé attitude, he was one of the few who actually noticed the day.

Zuma spent time with Malema’s nemesis, Andile Lungisa, at the official Youth Day celebrations in Mpumalanga. The pair are likely to become a familiar sight henceforth as alliances are reconfigured.

They rushed their job as well. All in all, political parties and civil society went through the motions. On the day when we mark an event that ultimately contributed to us hosting the World Cup, we were too busy worrying about Bafana Bafana to ponder the significance of June 16.

But is that necessarily a problem? One view is that the World Cup event is, in fact, a celebration of the achievements of those young people. It is a continuation and culmination of the struggles of ordinary South African youths and workers, the argument goes.

But I believe this is, in fact, a convenient argument for those who, on the whole, are tired of the political rhetoric that emanates from events that mark important days in our political history. For them the subdued commemoration was a breather and the World Cup a welcome relief.

There are many South Africans who want to get on with their lives, who do not want to be reminded about Tsietsi Mashinini and Seth Mazibuko and the sacrifices they made for all of us. And, despite the ruling party complaining that the majority of whites do not attend these national celebrations (which, by the way, is true), there is a considerable number of black South Africans in the upper strata of our society who believe that it is their individual hard work that put them into their current senior positions and anyone who desires to be where they are must strap up their boot laces and “work hard”.

It is a class that is embarrassed and angry when underpaid security guards protest about their wages at the World Cup. They do not want to be reminded on Youth Day that 70% of the unemployed population are people between the ages of 15 and 35. At the risk of sounding like a radical member of the social movements, they do not want to be reminded that the struggle is far from over.

We should use the day, not just to reminisce and romanticise the ’76 revolution, but to talk about the current challenges — of unemployment, poverty, the housing shortage and endemic corruption and looting — that take place right in front of our eyes.

When we link the festivities of the World Cup to our proud history, we should look carefully at which South Africans are attending the games. It is not the same passionate supporters of the mighty Orlando Pirates who usually fork out R20 a game. It is us, the privileged few, many of whom do not give two hoots about football. So let’s not even blame Fifa.

As a society, and as the more advantaged part of it, we hope for a less politicised population. We wish we could give the poor in Khayelitsha those open toilets and that, instead of making a noise, they would show some gratitude.

So, the commemoration of June 16 1976 should not be contrived. It should mean that we reject those among us who say we should accept that, in the natural order of things, the poor will always be with us.