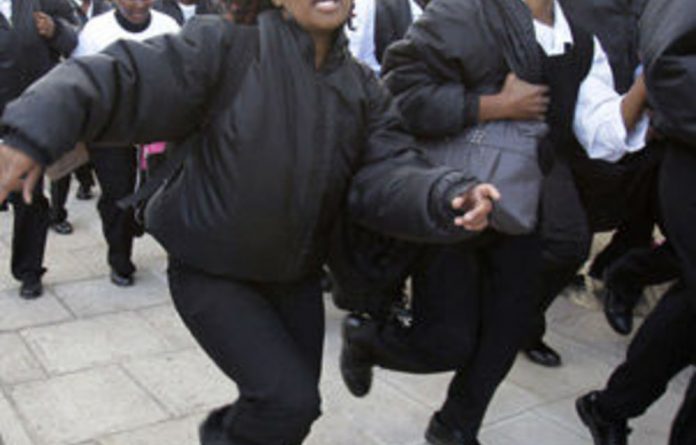 The National Union of Mineworkers (NUM) said talks between the unions and Eskom, which stalled on Thursday, would resume on Monday after the conciliator asked for separate discussions with Eskom to resolve the most controversial issues.

“If nothing is resolved by Monday, a strike is imminent,” NUM spokesperson Shane Coshane told Reuters. Any stoppage would begin at the end of next week after several days of procedure.

The unions threatened to strike last year but backed down at the last minute. Eskom said it has contingency measures that include diesel generators on standby at Cup venues to prevent the lights from going out at matches.

A possible strike could, however, cripple manufacturing in Africa’s largest economy and may lead to a loss of production in the country’s gold and platinum and coal mines.

Coshane said Eskom had refused a R5 000 monthly housing allowance demanded by the unions, but raised its salary offer from 5,5% to 8%, plus a 1% one-off payment.

The unions were demanding a 15% pay rise, more than three times the country’s 4,8% inflation rate.

Two other unions could join in the possible work stoppage, and swell the number of strikers to two-thirds of Eskom’s staff of about 32 000.

Coshane said the NUM, commanding up to 16 000 members at the utility, would report back to its members on Eskom’s latest offer to seek their views and would then apply for a certificate to begin a strike if its members reject the Eskom’s offer.

“The whole process could take three to four days if there is no deal with Eskom,” Coshane said.

Other labour groups have threatened to freeze transport, abandon security posts and tie up immigration at airports during the World Cup if their demands for better wages and working conditions are not met.

Economists have criticised unions for using the World Cup to squeeze pay hikes far above inflation and threatening the country’s economic growth plans.

Labour federation Cosatu, a powerful ally of the African National Congress with nearly two million members, has also said it may strike during the World Cup over sharp power price hikes by Eskom.

Power supply
Meanwhile, Eskom has reached an agreement with an independent power producer allowing the firm to supply power to the country’s national grid, Business Day reported on Friday.

The paper said the company was in a short-term deal with independent producer Ipsa, which is operating the country’s first gas-fired plant, to supply nine days’ worth of electricity this month.

Eskom has said it is confident it will be able to meet this year’s power demand, including during the Soccer World Cup, but supply will be tight from 2011/12 unless new capacity is brought on stream.

“We have concluded the agreements with the companies but we are awaiting Nersa’s [energy regulator] approval,” the paper quoted Eskom’s system operations and planning division managing director, Kannan Lakmeeharan, as saying.