Will it be the samba or the tango? 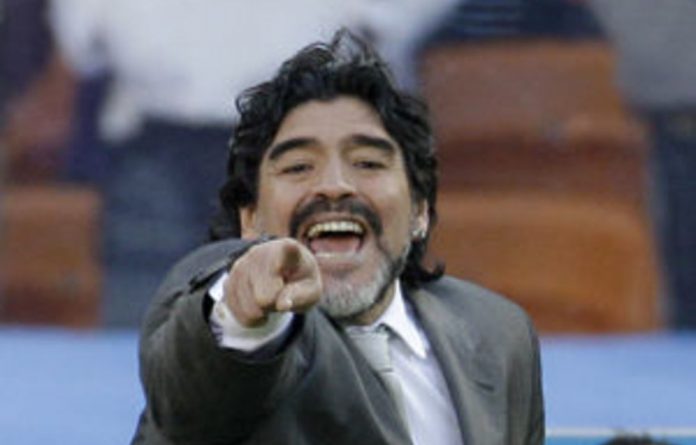 I warned last week that South Africans were conflating their excitement about hosting the Soccer World Cup and the nation-building euphoria with a misguided belief that they could actually pull off miracles on the pitch. We just do not have the quality and depth. I say let’s start preparing for the Brazil World Cup in 2014.

The other lesson from the first round of group matches is that somehow we had been duped by the English to mysteriously start speculating that England was one of the favourites to win the tournament. They are not. They are back to the old boring football of theirs and we should be singing the praises of teams such as Germany and Côte d’Ivoire, which are dishing out some entertaining football in a tournament that has been short of that so far. I still believe Ghana’s disciplined and dominant play could see them reach the semis, even though their striking force is blunt.

The Ivorians will also make the continent proud with their attacking flair, but I do not think a last-four place is within their grasp. My favourite to win the tournament is still Spain and I daresay we should not read much into their shocking loss, nor should we get carried away by Germany’s clinical win. — Rapule Tabane

It was a long, chilly night. The pain was unbearable. It goes without saying that Bafana Bafana have let the entire nation down. Despite all the support the nation has given them, they just did not play for us, but for themselves. They have embarrassed us. Period.

Given the dismal performance displayed by the national team on Wednesday night against Uruguay, I am left with no choice but to review my earlier prediction that Bafana would hoist the World Cup trophy at the end of the tournament. It’s just not possible. In fact, they’ll be lucky to progress to the next stage, meaning that South Africa is likely to become the first World Cup host to exit the competition during the first stage.

It is probably too late to point fingers at certain individuals, but it has to be said that coach Carlos Alberto Parreira is equally to blame for the 30 loss against Uruguay.

Captain Aaron Mokoena failed dismally to lead by example in both the Mexico and Uruguay games. In fact, the first goals against us during both games were as a result of his poor tackling. With respect, I fail to understand why Parreira failed to apply a different tactical approach in the second half against Uruguay when it was so clear that his 4-4-1-1 approach was not working.
Why keep Teko Modise and Mokoena if they have proved to be the weakest links in the team, when you have other skilful players on the bench who can do a better job? Why keep on playing Steven Pienaar in a position he is not comfortable with? Now that Bafana has failed me, hopefully Ghana and Cöte d’Ivoire will make Africa proud. — Matuma Letsoalo

A week of World Cup football and none of the major contenders has impressed. But as Carlos Alberto Parreira said: ignore the first week, it’s not the real World Cup. The real business starts only once the first round is over. How he wishes that might now also apply to Bafana Bafana.

Favourites Brazil are doggedly persisting with the three defensive midfielders and the counter-attacking game despite a deluge of criticism heaped on Dunga. The coach dismisses it all with some derision.

Argentina place all their stock in Lionel Messi. The world footballer of the year looks capable of winning the World Cup on his own, that is if he can overcome the fatigue of virtually a year of playing at the highest level without a break.

England’s love affair with Fabio Capello is suddenly cooling as the Italian’s mask slips and the pressure begins to show. Friday’s game against Algeria is a much easier assignment than the opener with the Americans last weekend.

Spain lost to the Swiss and Portugal were bullied by the Ivorians. Italy had to come from behind to gain a point in their first game in the rain in Cape Town and will likely lose influential goalkeeper Gianluigi Buffon to injury.

France remain mercurial, leaving the Germans the one side to drool over, so far. Their picking apart of the Australians was a delight to watch, antipodean rivalries not withstanding. — Mark Gleeson

It is my hope that the standard of football improves. With all teams having opened their account in the tournament, very few games stand out as befitting the importance of this tournament. I travelled to Bloemfontein to watch Cameroon slump to a 1-0 defeat. Take away the fantastic Free State Stadium and the 30 000-odd crowd and the game would have easily passed for a Sunday boozers’ league encounter. Admittedly, this is a long tournament and the assumption is that it will get better as it progresses.

Brazil is still my pick to lift the trophy on July 11. Always the barometer of any competition, the Samba Kings dug deep to edge a stubborn North Korea in their opening match. Robinho in particular was a marvel to watch, with his display of typical Brazilian “beautiful football”.

The only challenge to the five-time world champions seems to be from fellow South American sides. My dark horse is Argentina, merely on the strength of having Lionel Messi on their side. The Barcelona star put on a near-faultless display against Nigeria and is capable of carrying Maradona’s team to the final. Uruguay also got in on the act, although nobody expects them to go all the way.

Sadly, Ghana and Côte d’Ivoire remain the only African teams that have played with some conviction. But if truth be told, the dream of seeing an African team go further than the quarterfinals appears destined to remain just that — at least in this tournament. In Europe only Spain and Germany seem to be in with a chance. As for England, the pre-tournament hype around them was not worth the wide media coverage. Like Bafana Bafana, they will flatter only to deceive. — Phathisani Moyo

The Diego Maradona football circus continues and won’t leave town until … well, until Argentina gets knocked out or leaves after July 11, with or without the World Cup trophy. On Wednesday Maradona, with typical venom, continued his long-running feud with his Brazilian rival, Pele. The rivalry, whose origins are in that conundrum about who is the greatest player, was escalated when Maradona told Pele to “go back to the museum”.

Apparently Maradona’s difficulties with Uefa president Michel Platini aren’t caused by a spat between two individuals, they lie elsewhere. It’s because of something in the Gallic constitution: “We all know how the French are, and Platini is French, and he believes he is better than the rest,” were Maradona’s words.

Is this a sign of Maradona cottoning on to the trickery employed by the modern coach? In football management there’s a practice, popularised by newly installed Real Madrid coach José Mourinho: the manager takes centre stage, upsets other coaches, goads the media and is, generally, a nuisance.

The reasoning is that the team are not distracted by the intense media focus that attends the coach.

Perhaps by fighting with all these other people, Maradona is shielding his team from the distractions that come with the endless comparisons made between him and Messi.

All these fights might be unnecessary. The other teams in Argentina’s group won’t provide much in the form of tests. Greece, beaten 2-0 by South Korea, won’t bother Argentina. The only challenge in their group would have come from the direct, quick play of South Korea whom they thrashed 4-1. So, while the world media is rapt in its fascination with El Diego, the Argentinian players are quietly working on the coherence of their play and tactics, not Maradona’s strongest point.

But Maradona being Maradona, one can never know, and therein lies Argentina’s greatest strength and weakness: their coach’s unpredictability. — Percy Zvomuya