Lekker local on a role 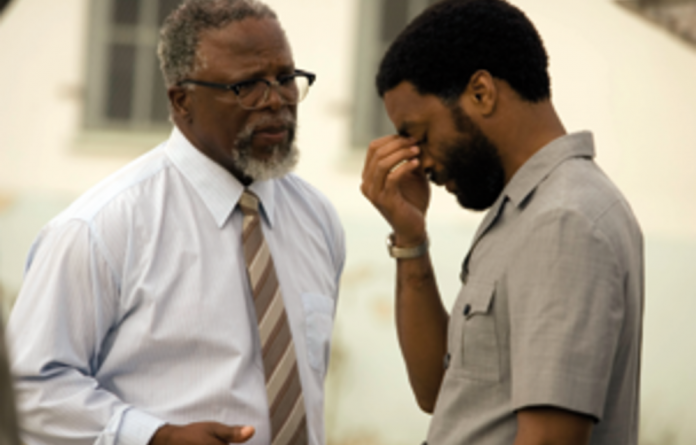 When it emerged that Oscar winner and American musician Jennifer Hudson had been cast as Winnie Mandela in a biopic of the Struggle matriarch, there was, predictably, an uproar.

Veteran director and actor John Kani (and others) complained about foreign actors being cast in roles that should, in a perfect world, be played by local actors.

I was, therefore, taken aback when I saw Kani play the supporting role of Oliver Tambo in Endgame, a political thriller whose principal actors are all foreign. Endgame, set in the last days of apartheid, is about the secret negotiations that were led, on the ANC’s side, by Thabo Mbeki (played by Nigerian Chiwetel Ejiofor) and William Esterhuyse (played by American William Hurt), a Stellenbosch philosophy professor with the ear of the bigwigs in the National Party.

On meeting Kani, I ask him whether Endgame isn’t yet another instance of foreigners telling South African stories.

It’s not the same scenario, Kani reassures me, as we sit at the Johannesburg’s Market Theatre, where many of his plays, including Sizwe Banzi is Dead (co-written with Athol Fugard and Winston Ntshona) and Nothing but the Truth, have been staged.

Some time ago, he tells me, he was approached by the producers of Endgame. This had led to a moment of soul-searching.

“They told me they were casting Ejiofor as Mbeki. I took a deep breath and thought, ‘well, I am an African and Ejiofor is also an African who has made it abroad’. It’s almost like they took the fight away from me. I was ready for a fight but I couldn’t block a fellow African,” he says, adding, “post-1994 we have assumed a continent-wide identity rather than a regional one.”

Kani explains that the producers of the coming Mandela biopic did not consult locals. “Whatever the story is, as the local actors’ union, we ought to be consulted. We wouldn’t block anyone.”

With his international experience, he continues to inform the local debate. Kani tells me that he recently returned from Serbia where he appeared in a Ralph Fiennes-directed production of Coriolanus. Before he got the role, he says, protocol had to be followed. The actors’ union in England had been informed why a foreign actor was being cast for a role an English actor could easily have filled.

The scenario in which superstars play local roles is one that riles him and one that he raises every time I interview him. “We are passionate about our stories. We love our stories and we have a great belief that we can tell our own stories,” he says, pointing out that Sello ka Maake Ncube, Rapulana Seiphemo or Vusi Kunene could easily have played the role of Mbeki in Endgame.

“We have hope that international or local producers will one day have confidence in our own talented actors here,” he says. “We hold the copyright to our stories on this continent but we don’t have the resources to tell them.”

A number of black people have become successful. Some own footballs clubs, mining houses and other significant chunks of the economy, so why can’t they invest in film projects, narratives in which some of them played starring roles? The problem with that approach, Kani argues, is that it is philanthropic and doesn’t attract people who want to recoup the money they have invested. “We are asking our business people to be philanthropist. No business person would be attracted by that.”

According to Kani, there’s little relief from the National Film and Video Foundation (NFVF), which gets a grant from the department of arts and culture that is just not enough. For instance, he says, when he wanted to make the movie of his play, Nothing but the Truth, he had to shrink the budgeted hefty R20-million to about R7-million. Even though the NFVF chipped in with more than a million, it wasn’t enough to foot the bill. Instead of the grand project he envisaged, he had to take shortcuts, doing without some scenes and buying a lot of archival footage instead of shooting his own.

This was a cue to talk about other countries that have been able to develop successful film industries. Australia has a particular attraction for the veteran actor whose film version of his theatre classic, Nothing but the Truth, came out last year.

“The Australians made a turnaround in the 1970s and said we are going to tell Australian stories by unknown Australian actors,” he says. The result has been movies such as Crocodile Dundee and Breaker Morant, with actors such as Nicole Kidman, Russel Crowe and Mel Gibson.

But before that can happen, Kani argues, there has to be a shift of mind-set. “We seem to think that for our movies to make it in Hollywood they must have a superstar from there.”

Turning the scenario on its head, Kani says he also cannot envisage a day when he will be asked to play major African-American roles such as Malcolm X or Barack Obama.

It seems, from this argument, that Africa’s reluctant ghettoisation is not a colour thing. And, whether centre stage or not, Kani will hold out as the local industry’s tireless and patriotic self-appointed elder spokesperson.