Getting too big for their boots 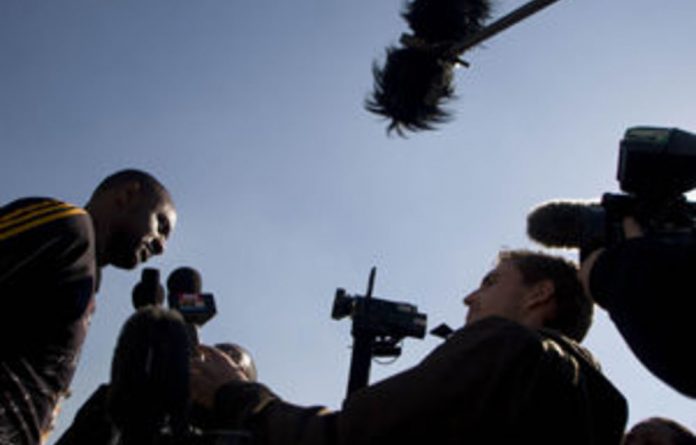 Hosni Mubarak, president of Egypt since 1981, won’t quit office “until the last breath in my lungs and the last beat of my heart”. With a sprinkling of other “big men” — notably Zimbabwe’s Robert Mugabe, Libya’s Moammar Gadaffi and Cameroon’s Paul Biya — Mubarak represents a breed of leaders who believe that only a higher power can remove them from office.

Untouchable and haughty — perhaps they think they are God’s very own representatives on Earth — they lord it over a cowed citizenry. The same big-man syndrome seems to be replicating itself in some of the continent’s football players. That a player based in Europe, boasting a big bank balance, big cars and several palatial houses, has become the bane of our teams.

Reacting to being played out of position, Inter Milan and Cameroon striker Samuel Eto’o said: “I am the best striker in the history of Cameroonian and African football, but I have to play where the coach tells me to.” Everything should be made to fit their special needs; if something doesn’t go their way, they are quickly offended and threaten to quit the team.

A few weeks ago Eto’o’s compatriot, Roger Milla, rightly pointed out that the striker had “brought lots to Barcelona and Inter Milan but never anything to the Cameroon team”.

On hearing this Eto’o was enraged and threatened to withdraw from the team. “It is always before tournaments that bitter people wake up. What has he [Milla] done? He hasn’t won the World Cup.” And then, switching to a manner some could interpret as typical of dictators who speak of those they lead as “my people”, Eto’o said: “And then you wonder, ‘Are they my people? Are they really my people?'” Cameroon last won the Africa Cup of Nations in 2002. At 29, Eto’o is not young, and this may be his last World Cup.
The Cameroonian team, almost collapsing under the weight of egos, was riven: the Eto’o camp and another faction, led by Real Betis midfielder Achille Emana. They even want to dictate who plays. Alex Song, a midfielder at Arsenal, was left out of the team that faced Japan as he had voiced a desire that his uncle, Rigobert Song, should play. It’s no surprise that they have bombed out of the World Cup early, having lost two matches to unfancied sides, Denmark and Japan. To put this in context, when John Terry called for the inclusion of Joe Cole in England’s team, Fabio Capello was firm in his rebuke, telling him that he had made a “big mistake”.

Côte d’Ivoire is afflicted by similar problems. In 2008 its manager at the time, Vahid Halilhodzic, bemoaned what he described as a “culture of laxity, individualism and egoism”.

It’s easy to see how much influence Didier Drogba wields in the team. During the opening game against Portugal, one was left wondering what the point was in bringing in Drogba, who was still recovering from an injured arm. In the game against Brazil, Gervinho, a more mobile and attack-minded player, was left on the bench to accommodate Drogba, who didn’t do much in the match apart from that solitary goal he scored.

At the 2006 World Cup first-time qualifiers Togo were faced with a player revolt led by Emmanuel Adebayor over unpaid bonuses. Stephen Keshi, the coach who took them to Germany, told the Times of London that Adebayor is “a baby. He has got to grow up. He is a big player in Togo, but if he is going to be a star, he needs to act like one.”

Bringing the debate closer to home, one wonders how many calls were made, how many emails sent and how many delegations dispatched to knock on Benni McCarthy’s door to beg him to play for Bafana Bafana. Coach Carlos Alberto Parreira’s decision to drop the petulant, pouty-mouthed player was greeted with glee by the long-suffering South African public.

Sadly, the sum of all this is that African teams, as has been the case in the first World Cup finals held in their backyard, struggle to compete with South Americans, Europeans and now even Asians. South Korea held Nigeria to a heartbreaking 2-2 draw, which effectively ended their campaign. Cameroon were horrible in the 1-0 loss to Japan in their opening match in Bloemfontein and never really recovered. Both teams are among the African contingent to have bowed out in the first round.

Senegalese-born French international Patrick Vieira was in the country this week to launch Diambars, an NGO he created with 1998 world champion Bernard Lama, supported by other football legends. It places emphasis on identifying young talent and educating disadvantaged children in Africa. The Manchester City star believes that poor organisation of the game is behind the dismal display of African representatives at the World Cup. “We need to see more emphasis on youth development. There should be national junior leagues from maybe under-15s to under-18s,” he told the Mail & Guardian.

The norm in most African countries is to invest heavily in the top-flight league and neglect the rest.

Lama, the France goalkeeper in 1998, was even more scathing in his assessment of the game on the continent. “African players play in Europe. They don’t play [here] with the same spirit we see when they are in Europe. They want to show off to the world when the they are here,” he said.

Lama believes it is imperative for the continent to emulate countries like Japan in keeping their best talent at home. “Only Egypt has mastered this, and that is why they are so successful,” he said.

“Africa will win the World Cup in the future, but in the near future maybe not. It is going to be difficult,” he said.

Player power and development issues are not the only impediments to the African game. With, perhaps, the exception of Ghana in this tournament, coaches are hired and fired with high frequency. Côte d’Ivoire, the continent’s best team on paper, fired Halilhodzic and replaced him with Sven-Goran Eriksson just three months before the World Cup kicked off. Halilhodzic had taken the Ivorians through the qualifiers unbeaten. However, when he lost to Algeria in the Africa Cup of Nations and blamed it on the players’ lack of commitment, he was shown the door. The administrators had Eriksson start working seriously with the squad barely a month before the World Cup.

In Nigeria Shaibu Amodu led his country to a third-place finish at the Africa Cup of Nations yet was dismissed on his arrival back home. The Nigerian federation also looked to Europe for Swede Lars Lagerback. Needless to say, both decisions have backfired. While World Cup history favours countries that use their own coaches, Rabah Saadane of Algeria is the only African coach in this tournament, despite the continent having six national teams in competition.

If African football is to move forward, it has to start with placing the game in the hands of better administrators.

Percy Zvomuya
Percy Zvomuya is a writer and critic who has written for numerous publications, including Chimurenga, the Mail & Guardian, Moto in Zimbabwe, the Sunday Times and the London Review of Books blog. He is a co-founder of Johannesburg-based writing collective The Con and, in 2014, was one of the judges for the Caine Prize for African Writing.