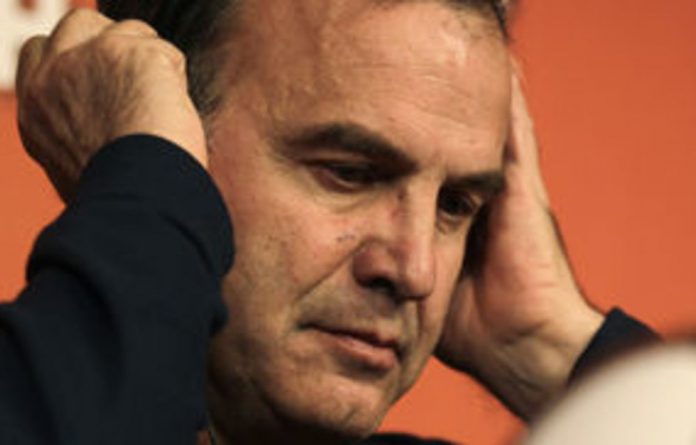 Chile will be out to derail Brazil’s drive towards a sixth World Cup title here on Monday when the South American teams meet in their Round of 16 showdown.

The Chileans are at the World Cup finals for the first time since France 1998 and their negotitiation of the group phase is being celebrated by the fans back home as much as the players here.

Now, their 54-year-old coach Marcelo Bielsa is hoping the Brazilians will struggle to find the form which saw them finish the group stage unbeaten.

“Historically, they are a team to fear,” says Bielsa, after the Brazilians put four goals past the Chileans in their previous meetings in 1962 and 1998 to advance.

Bielsa suggests that today’s Dunga-coached squad is no less dangerous than its forebears after they beat North Korea and the Côte d’Ivoire, but drew with Portugal in Group G.

“This latest version retains all the creative footballing aspects of this country [Brazil] — to which they have added aggression and forcefulness.”

‘We will do the impossible’
But he added that the Chileans, who pushed Brazil all the way in the 18-match regional qualifying programme to reach their first finals since 1998, were determined to pull off a shock and reach the last eight.

“We will do the impossible to ensure that things don’t come to an end too soon for us,” he insisted.

Ten-man Chile had a bitter-sweet night on Friday as they qualified for the last 16 despite suffering a 2-1 defeat to Spain and will need to pull off the biggest shock of the World Cup so far if they are to beat Brazil.

“We couldn’t be more motivated for the game against Brazil,” forward Jean Beausejour told Fifa.com after midfielder Marco Estrada was sent off against Spain.

Midfielder Rodrigo Miller, who score Chile’s consolation goal, said it means a lot to the fans as they bid to topple the world’s highest-ranked side.

“We know we’re making the people in Chile happy with what we’re doing here,” said a grinning Millar, whose side are currently ranked 18th in the world.

Stark contrast
In contrast, Brazil coach Dunga has yet to grin a smile of satisfaction after any of his side’s three performances here so far even though the South American giants are undefeated.

Convincing wins over North Korea and Côte d’Ivoire were followed by an uninspiring goalless draw with Portugal on Friday which Dunga spent in an agitated state gesticulating wildly and berating his players.

Dunga will welcome back midfield pair Kaka and Elano for Monday’s match at Soccer City. Kaka served a one-match ban after being sent off against the Côte d’Ivoire while Elano was ruled out through injury.

Brazilian goalkeeper Julio Cesar believes it will be a difficult test against Chile, but says his side have to keep improving.

“Now a new and more complicated stage in the competition begins and I am certain that Brazil will be ready,” he said.

“We have done what we expected to do so far and now we have to focus one game at a time and continue to improve game by game.”

The return of Kaka and Elano will boost Brazil, says Inter Milan’s Cesar.

“They are both crucial players for us and it will be good to have them back in the team for our next game,” said the Inter Milan player. — AFP