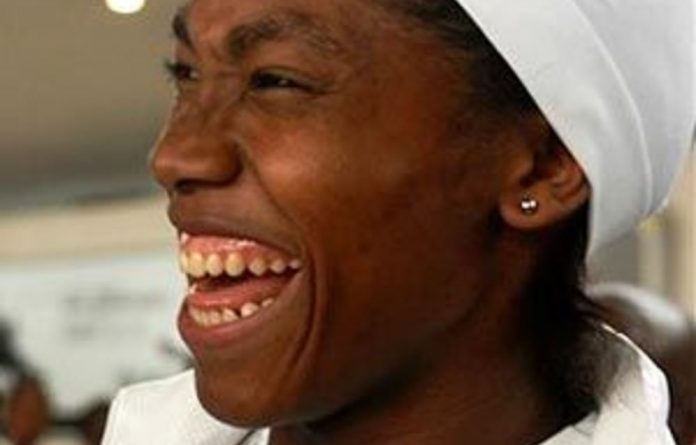 World 800m champion Caster Semenya, who is returning to competition after controversial gender tests put her career on hold, will not compete in the World Junior Championships in Canada but might run in the African championships later in July, her coach said.

Semenya, who was cleared to compete as a woman on Tuesday, has not run competitively since undergoing tests at the Berlin world championships in August.

On Wednesday, the 19-year-old South African ran 600m in fitness tests to determine if she was ready to compete after the long absence.

“Instead of 90 seconds, she did 95 and 98 [seconds], but these tests were not to qualify to compete in Canada. She will be ready for Kenya,” her coach, Michael Seme, told Reuters.

The African Athletics Championships in Nairobi start on July 28.

Seme said Semenya would not be ready in time for Canada.

“We heard just yesterday [Tuesday] that she can run now. That competition is on the 19th, and the 19th is like tomorrow. How can you expect her to run if she did not plan to run?” he said.

“When you notify somebody that they can now participate in races, you have to give them opportunities to get ready.”

Semenya sprang to prominence last year with her rapid improvement over 800m. Her winning time in Berlin of one minute 55,45 seconds was the fastest of 2009. — Reuters