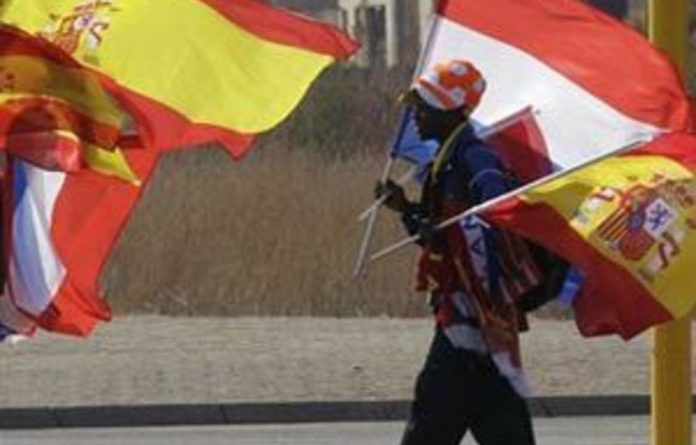 No one died. No one was stabbed, no one was kidnapped and no one took a wrong turn into the clutches of a gang of garrotters. One American tourist did get shot — in the arm — but he wasn’t here to watch the World Cup.

History will show that South Africa defied fears of violent chaos to host one of the best-attended World Cups to date. It has put Africa on the global sporting map in a way which seemed unthinkable only six months ago when Togo’s footballers were ambushed by machine-gun fire before the Africa Cup of Nations in Angola. Afro-pessimism spiked, with a prophet of doom in the unlikely shape of then Hull City manager Phil Brown questioning whether South Africa was up to the job.

In fact, low expectations were the hosts’ greatest gift. When Armageddon did not happen and smiling crowds flocked to world-class stadiums, it was hailed as a glorious surprise, if not another rainbow nation miracle. The ultimate accolade was that, from the moment of kick-off on 11 June, people were debating French egos rather than burning tyres, goalline cameras rather than CCTV evidence and hands of god rather than hands wielding machetes.

As it became clear that matches were kicking off on time, floodlights were staying on and terrorists were staying away, newsmen shrugged and packed their bags. But this World Cup was about much more than what didn’t happen. South Africa was an extraordinarily friendly and joyful place to be. Thousands of people in a nation defined by race united in the national colours in stadiums, fan parks and streets. Britain had Beatlemania, America had Obamania, now South Africa had Bafanamania. And the symbol of it all was an irrepressible plastic horn, the vuvuzela, whose buzz-drone noise looks set to be this World Cup’s questionable legacy at stadiums around the world.

Dr Nikolaus Eberl, author of BrandOvation: How Germany won the World Cup of Nation Branding, said: “Everyone got very anxious before this World Cup started, but there was a collective energy, including the media, and everyone wanted it to succeed. I would say the vuvuzela is possibly the key ingredient.

“It introduced a tool for all fans to be at the centre of the experience. I was astonished by the way all the foreign fans embraced it. It made the tournament truly fan-centric.”

Eberl awarded the tournament a score of nine out of 10. “The only thing missing was the host team, who went out in the first round, which did deflate things a bit for a while.”

Bafana Bafana, who embarked on an open-top bus parade before the tournament, became the first hosts to be knocked out in the first round.

Continental disappointment was shared by Algeria, Cameroon, Côte d’Ivoire and Nigeria. Africans rallied around Ghana, only to be denied by a very professional foul.

There were, though, problems off the field. Teargas and rubber bullets were fired at match stewards who went on strike and had to be replaced by police. Transport was predictably imperfect, especially when hundreds of fans missed the Germany vs Spain semi-final because an airport was full of private jets. There were muggings and picked pockets — seemingly mostly those of journalists. But only a hundred people were convicted at special World Cup courts.

And Fifa came under renewed scrutiny. Ticket sales were badly mishandled, while Fifa marketing officials mounted a draconian crackdown on businesses accused of “ambush marketing” in an attempt to protect their corporate family.

The cost of it all? About R38-billion rand, the government says, roughly the equivalent of four Millennium Domes and shackled by similar doubts over white elephant stadiums. The economic benefits? With elegant symmetry, also about R38-billion, say the government. Fifa, meanwhile, walk away with a reported profit of £2-billion, tax free.

Appetite whetted for Olympics
Jacob Zuma, the South African president, has now hinted at a bid to host the Olympic Games in 2020 or 2024. “I don’t think anyone would say ‘No’ if South Africa said ‘Let us have the Olympics’ because they know we have the facilities,” he said this week. “Our appetite has been whetted. We might end up asking.”

“If there is any country in Africa that can host the Olympics it is South Africa,” he said. “I can tell you now if a country can host a Fifa World Cup successfully, that country can definitely organise the Olympics. I would fully support such a candidature.”

As for the World Cup, the baton is now passed to Brazil, with concerns already raised over crime, transport and whether stadiums will be ready on time. Sound familiar? – guardian.co.uk