HIV vaccine the only real answer 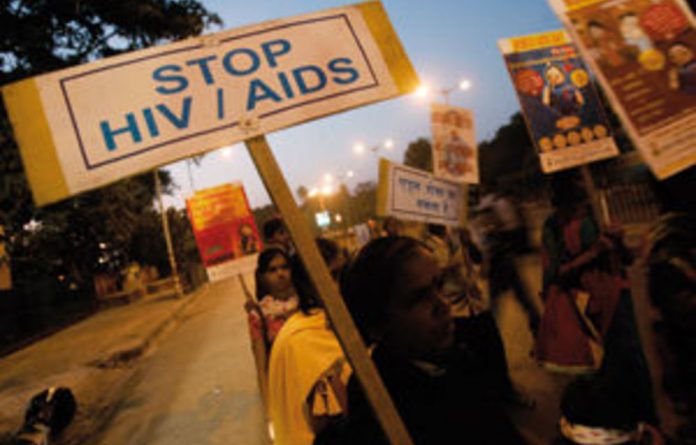 It is 2010. This should ring a bell — or, perhaps, sound an alarm — if not in the back of all minds, at least in those attending the annual conference of the International Aids Society being held this month in Vienna.

This is the year when “universal access” to HIV prevention and treatment was to have become a reality. By now everyone ought to have the tools and know-how needed to prevent HIV. And anyone in need of antiretroviral therapy (ART) should find it a clinic visit away.

Needless to say, we aren’t there yet, as the 7 400 new HIV infections daily attests. And at last count just four million of the estimated 9.5-million people in low and middle-income countries who needed HIV drugs were getting them, according to UNAids.

That fraction, though far short of the declared target, actually represents a noteworthy accomplishment: it equates to a tenfold expansion of access to ART in just five years — a feat that would ordinarily invite applause. Unfortunately, little about HIV or the pandemic it has spawned lies in the realm of the ordinary.

Underlying the 5.5-million soul shortfall is the grim fact that for every two people who are put on ART today, an additional five are newly infected by HIV. This is a particularly serious problem in sub-Saharan Africa, where the majority of new infections occur. It’s time for us to become a little more realistic about this global crisis.

Access to treatment is vital, not only because it is a humanitarian imperative but also because it may well have the potential to lower rates of HIV transmission significantly. Those on treatment have less HIV circulating in their systems and are less likely to pass it on.

At the same time, it is clear that if we truly seek to approach universal levels of access to treatment, we must find ways to reduce the number of people who need it in the first place. Any other course is simply unsustainable. Thus, we must renew efforts aimed at HIV prevention.

Discussions around universal access have tended to focus almost exclusively on ART and care for the HIV-positive. Yet “universal access” is promised for HIV prevention as well. Had the Aids community kept this balance more in mind, we might be closer than we are now to meeting the established goals for combating Aids.

Dr David Kihumuro Apuuli, director general of the Uganda Aids Commission, has said that the recent bump in new HIV infections in his country, after years of decline and stabilisation, may in part be attributed to the disproportionate stress that has been placed on treatment.

Sadly, current HIV-prevention efforts are inadequate. This is partly because condoms, needle-exchange programmes and accurate information about HIV prevention are not universally available. But it is also because current modes of prevention have inherent limitations, depending as they do on people changing their behaviour (a tall order) and doing so consistently (even taller).

What’s more, women, who are more biologically vulnerable than men to HIV infection, have no means of prevention that they can use without a partner’s consent and often lack control over their sexual activity.

At any rate, according to the Aids2031 project, even if all existing HIV-prevention and treatment programmes were expanded to their full scale, they would, over the next few decades, cut new HIV infections only by half. And getting there would cost $35 billion annually — about three times as much as is currently invested in such efforts.

It appears that neither treatment alone nor an exclusive reliance on existing prevention approaches is likely to offer a sustainable response to the crisis. So what can be done to deal the pandemic a death blow?

The only real hope we have is to develop and deploy better prevention strategies, such as pre-exposure prophylaxis, microbicides and preventive HIV vaccines. These would not replace existing prevention strategies but, if used in combination with them, could greatly cut into the incidence of new HIV infections.

Preventive tools that can be initiated and controlled by vulnerable populations would be particularly helpful. They would do much, for example, to empower women, who have a disproportionately high risk of contracting HIV in the very places that have been hit hardest by the pandemic.

In 2008 roughly 47% of infected adults the world over were women, according to UNAids; but in sub-Saharan Africa women represented 60% of all new infections. Vaccines, in particular, would empower women and other vulnerable groups to protect themselves from HIV, because immunisation does not necessarily depend on the
cooperation of sexual partners.

But that is not the only reason an HIV vaccine would be of particular practical value to the people of Africa. To be adopted, new medical tools must be both cost-effective and easily incorporated into existing health systems. Vaccines fit the bill.

No one would suggest that an effective Aids vaccine is around the corner. Its development will take years and is sure to be dogged by with failure. We will have to temper our anticipation with patience.

But one thing we can say for sure is that an effective preventive vaccine offers the best hope we have of ever putting an end to this pandemic. Let’s keep that idea front and centre as we debate where to steer the “universal access” movement in the years that lie ahead.