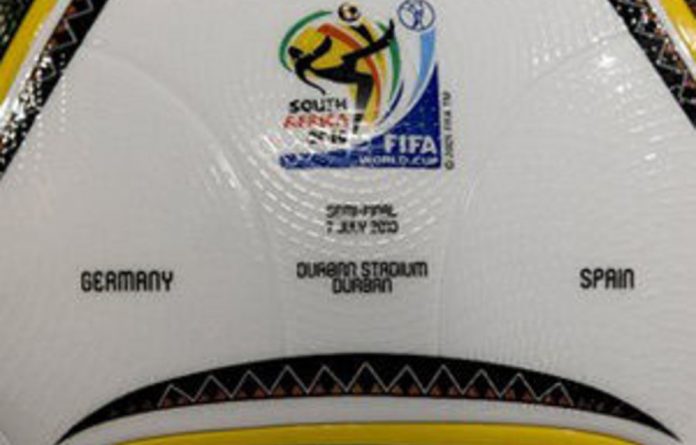 Hit it and hope seemed to be the best tactic for long-range shots with the Jabulani World Cup ball, with forwards and goalkeepers alike expressing concern at what they saw as its strange and unpredictable flight.

Whether there really was a problem with movement in the air, or it was all just an optical illusion, the effect was the same — goalkeeping mistakes and long-range goals but little of the skill and control we expect at free kicks around the box.

One of the very few goals scored from a free kick near the area came from Japan’s Yasuhito Endo, a perfectly executed shot that curled round the wall, rose just enough and crept inside the post in a 3-1 Group E win over Denmark.

Earlier in the same game we had seen a much more common sight at this World Cup — a swirling 35m effort from Keisuke Honda that bamboozled the goalkeeper with its movement in the air before flying straight past him.

Endo’s goal was by far the better of the two but for most of the tournament we had to make do with the other kind.

“The ball has simply been too unpredictable,” former England goalkeeper Peter Shilton said in a column written for the Reuters World Cup website.

“We haven’t seen players bending the ball around the wall on free kicks and not to have that sort of skill on show has been a real shame.”

Shilton was by no means alone in his criticism of a seamless, unusually smooth ball hailed by manufacturers Adidas as “perfectly round”.

Craig Johnston, the former Australia international who became a boot designer after his playing career, was so incensed he wrote a lengthy open letter to Fifa, packed with negative quotes from players and explaining in technical detail what he saw as the ball’s defects.

Caltech assistant professor of aeronautics Beverley McKeon, part of a team that compared the ball to a more traditional design, said the Jabulani’s smoothness could be responsible for creating less drag and less predictable movement.

“It’s very counterintuitive, but the rougher the ball, the more predictable its trajectory,” McKeon told reporters.

Adidas have defended the design of a ball whose name, Jabulani means “celebrate” in isiZulu and plenty of players at the World Cup have been happy to express their satisfaction.

It is notable, however, that this World Cup saw little of the breathtaking individual skills we have come to expect from players such as Lionel Messi, who failed to find the net all tournament, and Cristiano Ronaldo, who managed one scrappy goal.

“I was surprised that they made such a bad ball for such an important competition,” said Argentina’s reserve keeper Mariano Andujar.

“It doesn’t allow the great players at this World Cup to express or show everything they can do with a ball at their feet.”

It is certainly true that this World Cup has rewarded teamwork over individual skill.

Spain in particular spent so much time in possession, passing it from feet to feet with the usual metronomic precision, they clearly got used to it.

There may be a lesson there for any teams or players inclined to blame the hardware for their hard luck. – Reuters