Jordaan: Now for the Olympics 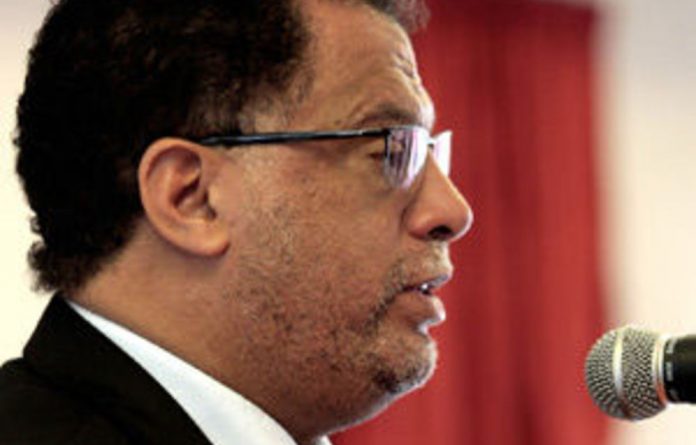 The man who worked for 16 years to deliver the World Cup in South Africa has claimed it achieved an “image makeover” for the country and pointed the way towards a possible bid for the Olympics.

Danny Jordaan, chief executive of the 2010 organising committee, said that South Africa’s widely commended hosting of the tournament, despite doubts in the years leading up to it, had changed international perceptions of the country.

The infrastructure investment required to deliver Africa’s first World Cup was the subject of intense argument, but organisers consistently claimed that changing perceptions of potential investors and tourists would be a key benefit.

Jordaan paid tribute to the South African public for embracing the tournament and backing other teams once Bafana Bafana narrowly went out in the group stages.

“The South African team dropped out in the first round and they started supporting every other nation — they supported England, Brazil, Argentina,” he said.

“Every South African, if you walk in the street and talk to them, feels an immense sense of pride. “They are very proud of what has been achieved and very happy with the infrastructure that has been delivered for the purpose of this World Cup. Overall, there’s a very, very positive spirit in the country.”

Jordaan said it was disappointing that England, which had one of the largest groups of travelling supporters as well as the backing of many South Africans, failed to progress further.

“It was incredible to see how the South Africans supported the event. We were all hoping England would stay the course and be in the later stages of the competition, but we all agreed in the end it was not the England we had hoped for. England are back to the drawing board for 2014 and 2018.”

Not everything has run smoothly. There were empty seats at many games and criticism of the ticketing sales process. After the tournament, attention will turn to whether the impressive stadiums built for the World Cup have a viable future.

Jordaan said that the focus must turn to attracting white, middle-class fans who had attended matches for the first time, or were fans of the English Premier League, to domestic football.

He was confident that rugby clubs could be persuaded to move into the stadiums, predicting that their sponsors and backers would put pressure on them to do so once they saw the enhanced facilities.

Many of the empty seats were the result of ticket holders failing to turn up, as well as a slump in hospitality sales. These issues will be tackled this week at a debriefing session.

The World Cup ticket sales process is overseen by Fifa, which has already said there will be changes for the 2014 tournament in Brazil.

It subcontracts the hospitality sales to a company called Match, which also has the service contract for accommodation and transport.

Much of the pre-tournament fears centred around crime and security, but these proved unfounded due to 41 000 dedicated police and diligent planning.

“In every situation it’s important that everyone knows what is expected from each individual,” Jordaan said. “That means we had drills in every one of our World Cup venues, we had security drills, we had scenario planning. We prepared for every possible scenario.

Jordaan said that in proving it could successfully host the World Cup, South Africa had boosted its chances of being chosen to host the Olympics. After the 2016 games in Rio, Africa will be the only major continent not to have hosted the Olympics.

The International Olympic Committee president, Jacques Rogge, was at the final and was expected to discuss the issue with government officials and potential bidding cities. Cape Town, Durban and Johannesburg have all been linked with a potential bid for the 2020 games.

The Fifa president, Sepp Blatter, has backed the idea.

“If there is any country in Africa that can host the Olympics it is South Africa. I can tell you that if a country can host a Fifa World Cup successfully then that country can definitely organise the Olympics,” he said.

“South Africa has shown what it can do … if South Africa wants to host the Olympics I would fully support such a candidature.”
guardian.co.uk