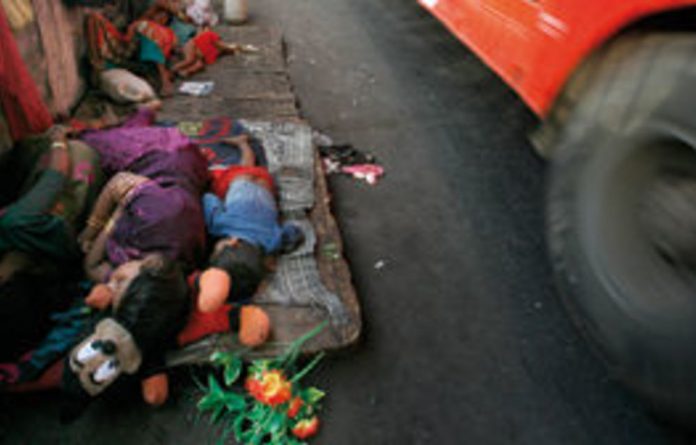 A record number of African researchers — including a dozen from South Africa — have been selected to write the next instalment in the world’s biggest scientific undertaking.

The next Intergovernmental Panel on Climate Change (IPCC) assessment, the fifth in the series, will take four years to prepare. The paper version of the report is likely to run to 500 pages, although most environmentalists — if not the pulp and paper industry — would probably prefer it if you left the trees alone and read the report online.

The panel constitutes one of the world’s biggest groups of volunteers — meaning nobody gets reimbursed for their efforts — and more thanm 3 000 researchers offered their services to tackle global warming. Only 831 were selected, it was announced last week.

Like its predecessors, the report will be so big that three working groups have been established. South Africans are particularly prominent in working group two, which will focus on impact, adaptation and vulnerability in 30 chapters of exhaustive (and exhausting) detail.

Gauteng-based ecologist Bob Scholes of the Council for Scientific and Industrial Research (CSIR), currently at the Joint Research Council in Italy, is one of two coordinating lead authors for this section’s fourth chapter, which will focus on how climate change is drying up inland waterways.

Chapter 16, which will concentrate on the opportunities presented while the planet is learning to adapt to hotter and more unstable weather, will be led by Guy Midgley of the South African National Biodiversity Institute in Cape Town and a colleague from Sweden.

And chapter 21, on regional contexts, will have Bruce Hewitson, head of the climate systems analysis group at the University of Cape Town and a keen scuba diver, as one of the senior convening lead authors.

“The centre of gravity in the climate change debate is shifting to include an increasing element on impacts and adaptation,” Hewitson told the UCT press office, “and Africa is a particularly vulnerable continent in this regard.”

Each pair of chapter coordinators will have a team of six or seven other lead authors from around the world working with them. For example, UCT’s Canadian-born data analyst and physicist Dáithí Stone will report to German and American convenors for chapter 19’s exploration of the inevitable — and sometimes contradictory — impact of climate change.

‘We need to get into the specifics — what happens in one city can be very different from what happens in another,” Stone said. “Knowing what kinds of change are happening helps us decide what to do next.” Among the dozens of lead authors in working group two, Africa’s impact is even greater.

Rwandan-born biologist Jane Mukarugwiza Olwoch, a lecturer at the Centre for Environmental Studies at the University of Pretoria, will be a lead author in a chapter examining the effect of climate change on human health — whether it’s malaria in regions previously free from it, or the spread of ticks and the viruses they harbour.

“Wow, I am so excited and very happy,” said Olwoch, who is based in the university’s department of geography, geoinformatics and meteorology. “When you are a junior scientist, you look at the IPCC as very far away and now I’m there; I’m part of it. I’m going to do everything possible to make sure that my chapter is very, very good.”

Last month, Olwoch kicked off a three-year, multimillion-rand project investigating the effect of changing weather on diseases in Malawi, Senegal and Ghana. “This is a big project funded by the European Union and spread among a dozen institutions and it is exactly the kind of work that will feed into the chapter we are working on for the IPCC,” she said.

Debra Roberts, head of the environmental planning and climate protection department of the eThekwini municipality in KwaZulu-Natal, is among the six lead authors for chapter eight, which will focus on how to make urban life more resilient to climate change.

The authors have to give a minimum of a month of full-time work every year for four years to the report. “Given that I have no social life already, I expect that I’m going to go into overdraft,” Roberts joked.

Katherine Vincent, an associate of the ReVamp (vulnerability, adaptation, mitigation and planning) research group at the University of the Witwatersrand, will be doing similar work to Roberts as a lead author in the next chapter, but will be focusing on rural regions.

Conservation biologist and quiver tree researcher Wendy Foden of the International Union for Conservation of Nature will be a lead author for chapter 19’s effort to predict future risks and identify the most significant vulnerabilities.

Each chapter also has two or three review authors who will audit the process and intervene in disputes over the significance of the evidence. For example, former CSIR manager Nick King, currently executive director of the Global Biodiversity Information Facility in Denmark, is a review author for chapter two, which focuses on the fine art (and science) of decision-making in a warming world of uncertainty and risk.

Another South African, James Thurlow of the International Food Policy Research Institute, based in the United States, will be a review author for chapter 16 under Midgley. Rajendra Pachauri, the Indianborn chairman of the IPCC, is happy that the scientific community has become more representative.

Welcoming the enemy
Enoch Liphoto is one of the South Africans selected for the Intergovernmental Panel on Climate Change’s working group three. The odd thing is that Liphoto works for coal-guzzling giant Eskom, which produces about half of South Africa’s greenhouse gas emissions. True, he is Eskom’s senior adviser on climate change.

If climate change negotiators recommend carbon pricing, the utility could be financially crippled — unless it passes the extra costs on to the consumer or invests in renewable energy.